Howard On His 4th Anniversary 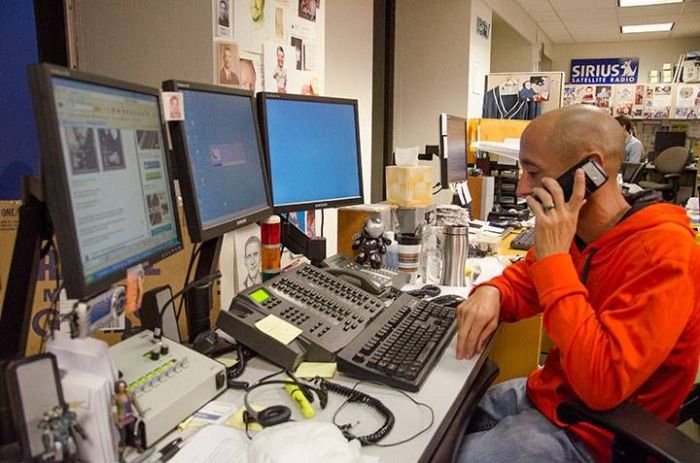 Not even an hour into the show, all the phone lines went down. Howard fumed: “We do a show three days a week. Three days a week, it’s got to work. … We’re the only ones with these phone lines? Is Alex Bennett, down the hall, using phones right now?”

Tim Sabean explained that Howard had his own hub, independent of Sirius XM’s other broadcasts, “and it’s a much more sophisticated system.”

Howard thought it was more flawed than sophisticated: “This is what my day is. People hand me bullshit all day.”

Gary promised that he’d solve the problem asap: “If you’d see the tape of me play back from the last half hour, I’ve been on fire.”

Howard shrugged: “I wish you were literally on fire right now. I wouldn’t put you out.”

Gary said a system-wide overhaul was coming soon, a timeline Robin questioned: “When? We don’t have any more vacation coming up.”

Gary snapped: “When you shut up!”

Veteran Radio Host Carol Miller Whoops It Up in the Studio