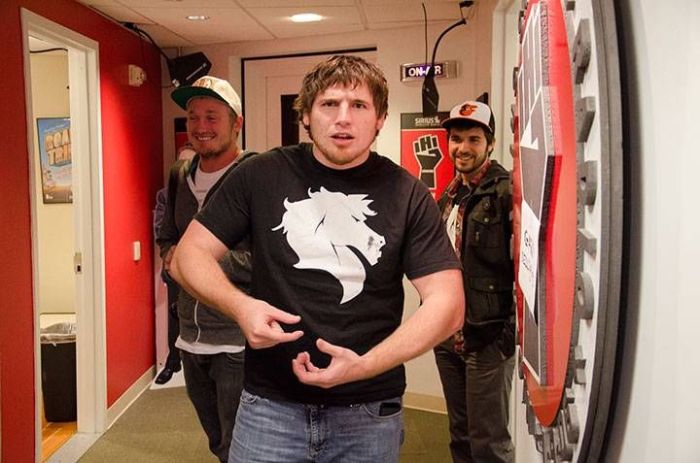 Howard welcomed Horse, his favorite contestant from his first season with ‘America’s Got Talent’, and noted how ratings dipped whenever Horse came on to endure extreme blows to his genitals: “Women don’t like it–right, Horse?” Horse shrugged, saying his fiancee seemed fine with it: “She saw it before we started going out so I guess she was kind of into it. I don’t know.” Anyway, it’s not like he has other career options: “I can’t even imagine doing anything else. That’s why I’m doing it.” Horse, a stay-at-home dad, makes ends meet by selling footage of his stunts to “clip shows,” like MTV’s ‘Ridiculousness,’ working just two or three days a month. He added that he’ll likely profit for quite some time–during a recent visit to ‘The Doctors’ daytime show, an on-stage exam determined his balls were in perfect condition: “I think they brought me to kind of make an example out of me but they couldn’t find anything wrong. They cut the segment way short.”

Still, Horse often injures himself. Just recently, he broke his ribs while trying to do a 30-foot nut drop: “We built it too short…I ended up landing on the cement bucket from 30 feet in the air.” Horse also shat his pants, but his nuts were fine: “There’s something going on. They’re not like normal nuts, for sure.”