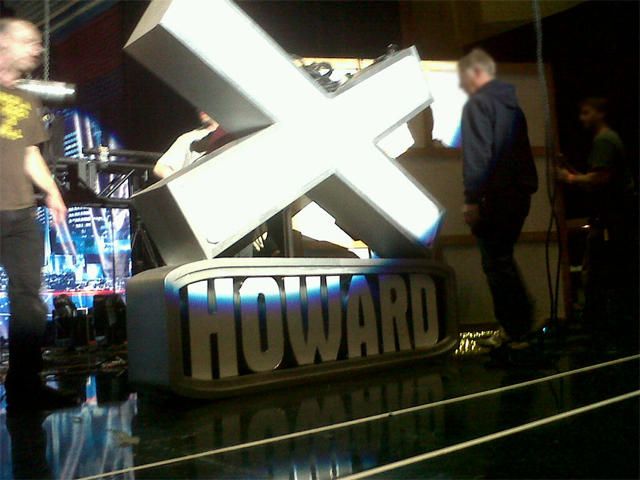 Early in the show, Howard said he’d had–as expected–a great time at the AGT auditions in San Francisco: “The last time I was there I signed books for 25,000 people for ten hours. How could you not love a place that loves you that much?” Even outside the arena, the city was teeming with hope: “Every ten feet there was another street performer…it was kind of depressing. Has anyone got a regular job in show business?” Inside, the audience was deafening, cheering loudest for Howard: “You guys are making me look good…it definitely makes them feel good about me.” Still, Howard knew it wasn’t a success yet (“It’s one thing to grab audience at a live show. It’s another thing to grab audience on television.”), as the arena had been primed: “The room reeked from pot…[and] they served alcohol there too.” But the berserk audiences had surprised the show’s producers: “Apparently it hadn’t been like that in the past.”