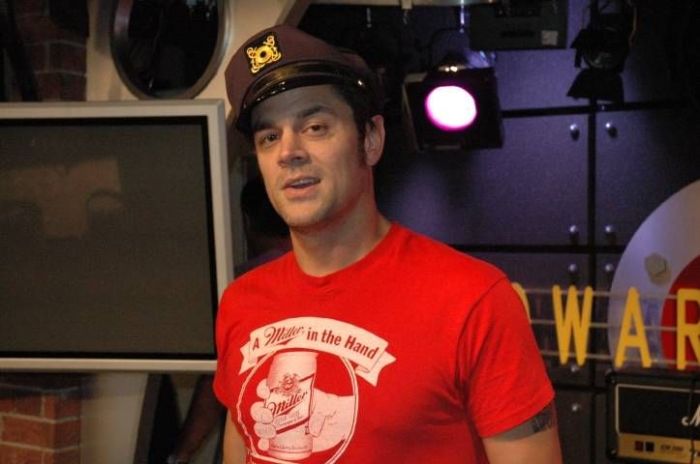 In discussing JB Smoove’s “SNL” sketches, Howard said his favorite was titled “The Urine Detective,” which JB explained was meant to be a “CSI”-like bit in which the lead investigator had just one forensic skill: he solves crimes by drinking urine.

JB said he actually came up with it in the middle of a pitch meeting with that week’s host, “Jackass” star Johnny Knoxville.

“When I saw Johnny Knoxville’s face, I said, ‘This guy drinks urine.’ He looks like a urine-drinker,” JB Smoove joked.

The bit was written and even made rehearsal but was cut from the live broadcast, a real disappointment for JB: “There’s so much truth to it. … There’s so much stuff that comes out in your urine, you don’t know.”

Howard said he loved the premise so much that he was willing to bring Johnny Knoxville in so that JD could turn it into a short film. An offer JB readily accepted.

To Patriots quarterback Tom Brady, JB pitched The First Football Player to Slap Another Man’s Ass. “The first one to ever do it. No one understood it. This was the 50s. These guys didn’t even have plastic helmets yet,” JB said.

The bit never made it to air, like “The Pimptice,” an ill-fated parody of “The Apprentice” meant for Snoop Dogg. “Snoop Dogg sends you out on the street … to sell ass and make money [in] like prostitution challenges,” JB explained.

Another, meant for Steve Carell, involved a pair of helicopter pilots who marry and retire, “but they still lived their life as if they’re in the helicopter. They run around the house bent over all the time, they’re shouting at each other. And [the setting] is Thanksgiving at the Helicopter Family house.”