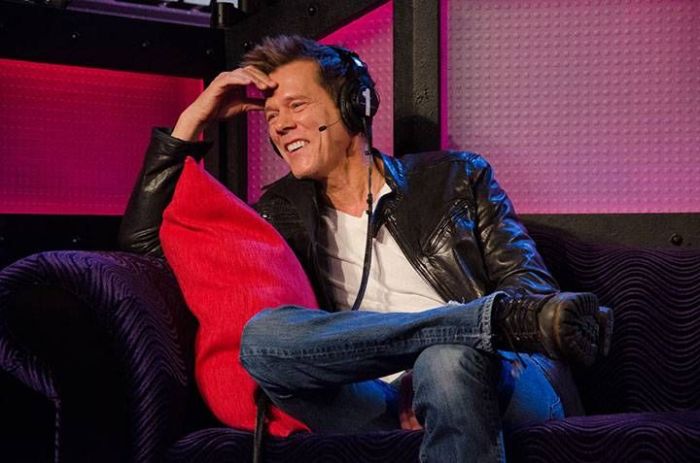 Howard wondered if wedding DJs plagued Kevin with the ‘Footloose’ theme, and Kevin nodded: “Every f***ing time. … And then if I do dance, people kind of form a circle around me and start clapping like I’m a trained f***ing monkey.” Kevin said he hoped people would understand: “When you go to a wedding, the stars of the show should be the bride and groom.” Kevin also said he worked hard on the film, particularly the dancing, even taking gymnastics lessons: “And I [still] had a lot of doubles for a couple of things I couldn’t do.” As a budding actor, he was disappointed when it wasn’t considered a ‘serious’ film: “I wanted to be De Niro and Pacino. I didn’t want to be the [teen idol] in ‘Footloose.'”