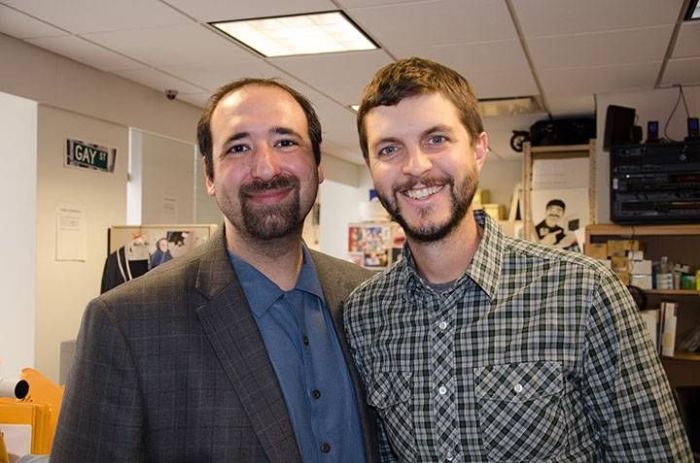 Howard then played another round of the game that created such great drama just the day before, repeating that he’d asked each of the staff’s wives (or girlfriends/fiancees) two questions: 1. Not including your partner, which staffer would you bang? and 2. Which staffer would be your last choice? Today, Howard said he’d be reading the answers submitted by Jason’s wife Janis. Jason predicted she’d answer–in order–Rob the Cameraman and Ronnie. Jason was right about Ronnie but wrong about Janis’ secret crush: his old roommate, Will Murray. At first, Jason moaned in horror (“Oh noooo.”), but he eventually came around: “I have to say, Will’s my bro. If she was going to bang somebody, I would be proud for it to be Will.” Will said he was ready and willing: “I’ll tap that ass. I’ll give it to her.”