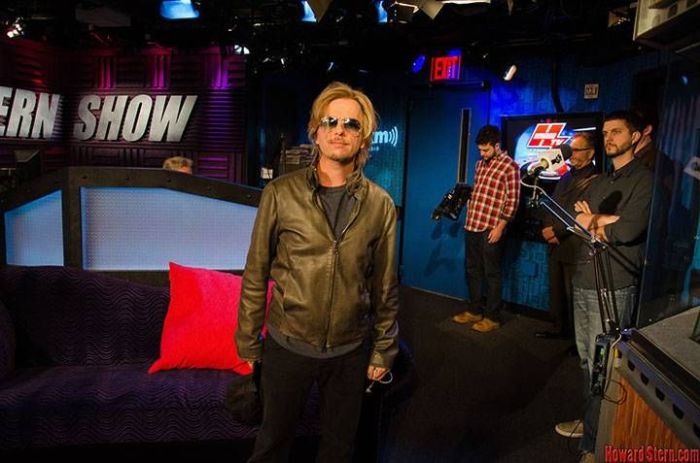 David Spade stopped by to promote the Season 7 of “Rules of Engagement,” a profitable enterprise for the actor.

He told Howard he had previously refused a raise before Season 3: “I said I don’t want a raise, I want a little bite. … And then 3 years later, I go, ‘I want a raise too.'”

It was a lesson David learned after making “Tommy Boy” with fellow “Saturday Night Live” star Chris Farley. The film made $35 million theatrically, but over $100 million in DVD sales and rentals.

“It had an afterlife,” David explained.

He also revealed he missed his partnership with Chris. “We were fighting before he died but, you know, I think people made [too] much of us ‘fighting.’ Anytime you’re married to someone like that, you fight,” he said.

A lot of the “Tommy Boy” bits came from their real life, according to Spade, even the “Housekeeping” gag. “He’d [finally] open the door and go, ‘Oh, it’s you.’ And I’d go, ‘You know I do this every morning, Chris?'” David explained.

David Spade Reveals How He’s So Successful With the Ladies

How David Spade Almost Did a Michael J. Fox Impression on ‘SNL’