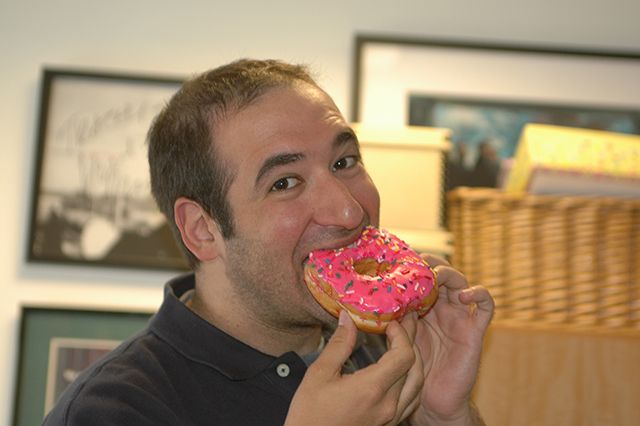 After Hostess announced last year that they were going under, snack food junkies everywhere feared that the infamous Twinkie might be gone forever. Last week though, the delicious cream-filled cake was saved from extinction by Evan Metropoulos.

The entrepreneur, and heir to a billion-dollar family fortune, called in Monday morning to talk to Howard about his newest business venture. The last time Evan was on the Stern Show, mind you, he was only 16 years old ,and had just been named the new head of Bumblebee Tuna, following his father’s acquisition of the canned food company.

Now 32, Evan is still living the good life, partying with celebrities, and spending his millions on whatever he damn well pleases. Evan has even been dating supermodel Kawena Chun for two and a half years, and the two are currently mansion shopping in Florida.

In honor of Evan’s long history in the food industry, here’s a gallery of staffer’s and wack packers shoving their faces with food.