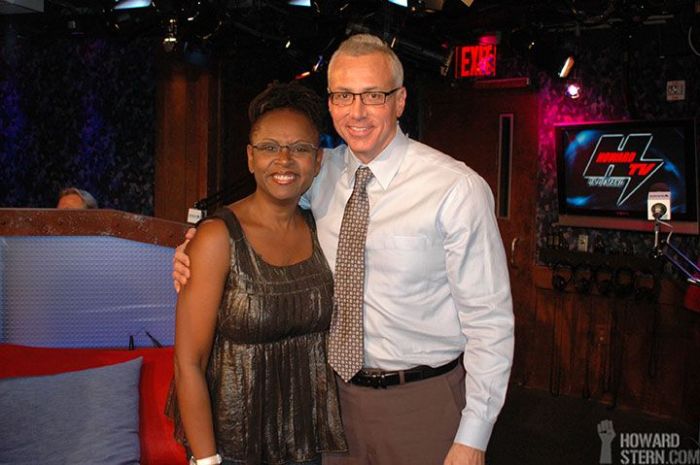 The long-simmering feud between Robin Quivers and Dr. Drew began back in 2009 when the good doctor came in to reveal the results of a narcissism test he’d administered to the Stern Show staff. Robin scored a 34, which made her, not only the biggest narcissist on the show, but the biggest one he’d ever tested period. And yes, Drew put that right into his book.

Dr. Drew walked into the studio today more docile, on the other admitting that he regretted ever giving Robin the test because the wrath he’d felt from her ever since was just brutal. He couldn’t even listen to the show after the death of his former patient, Mindy McCready, because Robin was so vocal about Dr. Drew “exploiting” the country singer.

Robin clarified that she doesn’t hate Dr. Drew; she hates his VH1 show Celebrity Rehab. She sees no good in it, and doesn’t understand how mentally ill people can agree to receive treatment on camera. Robin basically doesn’t know if Dr. Drew’s intentions are good because she doesn’t know him.

Drew hoped he had “made some inroads with Robin today.”

(For for more on Dr. Drew check out his wesbite: Dr.Drew.com)