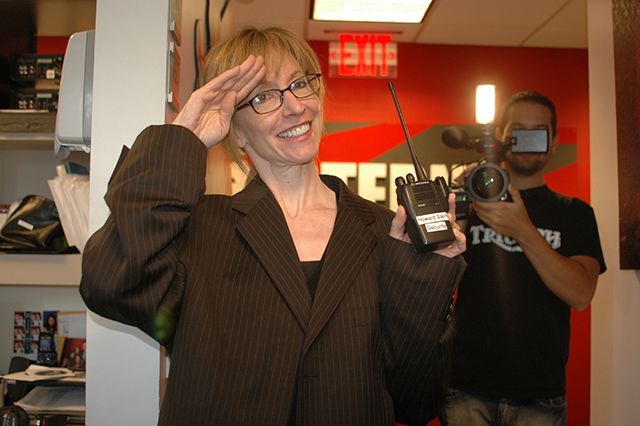 Some people in the office, and in the world, believe that Howard 100 News reporter Lisa G has massaged the truth a bit in her memoir Sex, Lies and Cookies, specifically about her wild nights on cocaine. (The violin stuff we believe.)

Producer Will Murray had even directly asked Lisa what coke tasted like, to which Lisa replied that she didn’t know because it just made her mouth numb. (Note: Mouth numbness does not take away our sense of taste.)

As for the “crazy” sex stories, they’re just not that crazy. Lisa thinks a crazy sex story is making love in a car, and then baking the guy cookies at a later date. (For actual crazy sex stories, we refer you to Robin dry humping one of her patients when she was a nurse, or anything Ronnie’s ever said.)

“It’s a great book… if you have a loose leg on your table.”

Instead of “Sex, Lies and Cookies,” the book should be called “Lies, Lies, and Lies.”

In a recent writers meeting, we came up with the idea of giving the free-spirited newswoman her own “Wheel of Plugs,” where she could talk about her book in exchange for doing mild stunts like wearing a bikini or playing the violin (or not so mild, like reading an excerpt from the book directly into Sal’s penis).

Ever the team player, Lisa promptly declined this generous offer.

Howard admitted that he’d read three pages before remembering he doesn’t actually like reading, and he just didn’t care enough to push through that condition.

If you care, here’s a recipe for “How to Get a Man” Chocolate Chip Cheesecake Squares!