Since Metallica is one of Stern Show staffer Richard Christy’s favorite bands, he recently said he’d be willing to “do anything” if it meant he could sit in the studio to watch them perform live this morning.

So, Howard gave Richard a simple task: stop drinking for 30 days and he’d get to meet his idols. If he failed the challenge, however, Sal Governale would take the “smegma” from his uncircumcised penis and wipe it under Richard’s nose, giving him an awful-smelling mustache.

Richard wound up backing out of the drinking challenge very early on, but the staffer still agreed to get the smegma mustache in order to see Metallica. After going unwashed for several days, Sal took whatever had built up under his foreskin and spread it on Richard’s upper lip. Richard immediately started retching as everyone else in studio looked on and laughed.

Check out the video footage (above).

In the end, going through with the stunt proved to be worthwhile for Richard. Because no matter how much he vomited ahead of time, he got to sit on the couch and watch Metallica put on a mini concert in the Stern Show studio.

Check out Metallica’s performance as well as pictures of Richard getting his mustache (below). 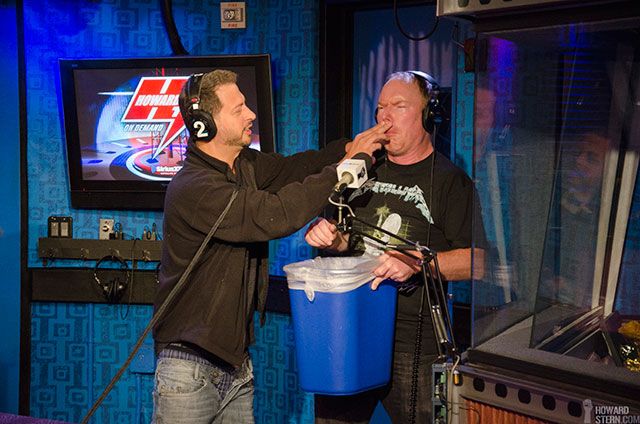 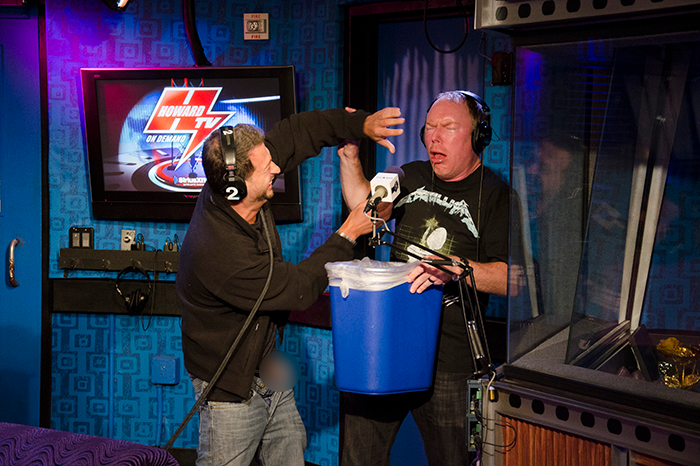 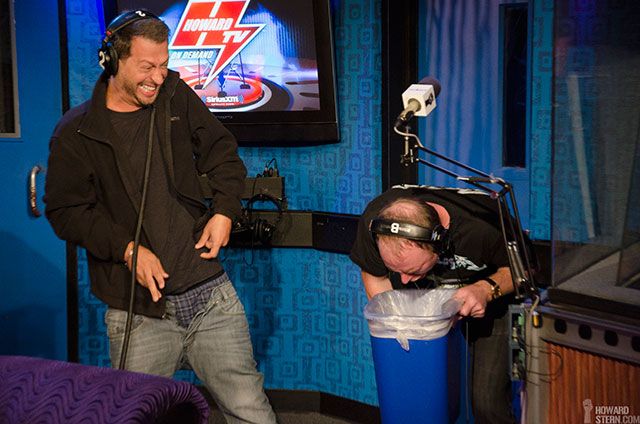