Will Pisses on NYE Revelers 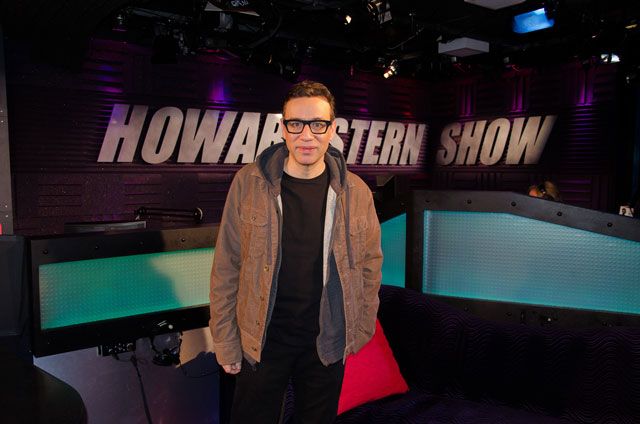 “Saturday Night Live” veteran Fred Armisen returned to the Stern Show to promote his current comedy series “Portlandia.” Upon arriving, he told Howard he’d been listening to his broadcasts for so long that he hears the King of All Media in his head.

“There are times where you inform the way I think, politically, without even having heard what your opinion is. So ,the voice inside my head will think kind of like what your voice is like,” Fred said.

Howard was honored. “You’re saying I almost raised you. In a way, I’m your father,” he laughed. “I have a son! I always wanted a son.”

Asked about the current culture at “SNL,” Fred said executive producer Lorne Michaels was as hands-on as he ever was. “It’s very much his house,” he said. “He’s in it to every detail. To the–and I don’t exaggerate when I say this–the paint on the walls. The music, what you’re wearing, the costumes, the wigs. He is so so part of every detail, even down to specific words.”

Fred fits right in–so much so he’s also been to Lorne’s actual house: “For the day. We just walked around.”

Fred said he’d been drumming in a punk band called Trenchmouth before auditioning for the show “because we got nowhere and worked really hard, little by little, I made my way into comedy.”

He auditioned with impressions of Sam Waterston from “Law & Order” and Vin Diesel. Fred indulged Howard with a performance of each in addition to one of Prince.

Fred remained diplomatic. “I got caught up in it,” he said. “It was a great wedding. It was fun.”

Fred admitted that, as Elisabeth has said, he wasn’t the best or most “normal” husband. But he told Howard he’s tried to learn from the experience. “The one thing I’m better at is not making promises right away,” he said.