Could Sal Governale Be Smarter Than Eric the Actor? 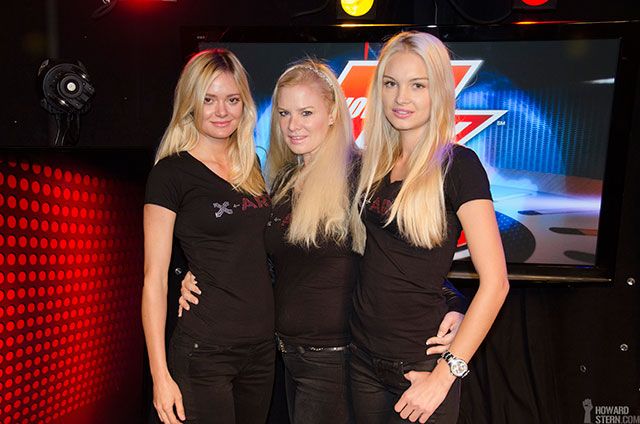 We often have charity auction winners sit in for the news, but rarely are they as chatty, or as hot, as the three girls who donated to sit in this morning.

Colette, Franzsika and Britney talked about the website they created that features them having sex with their husbands and doing lesbian sex scenes, which they say was inspired by Howard.

When Robin did a news story about Breast Cancer Awareness month, JD ran in, offering to give the three girls breast exams, but they declined. JD tried to fool them by saying “I went to John Hopkins University.”

Howard threw him out, saying “looks like you went there for lunch.”