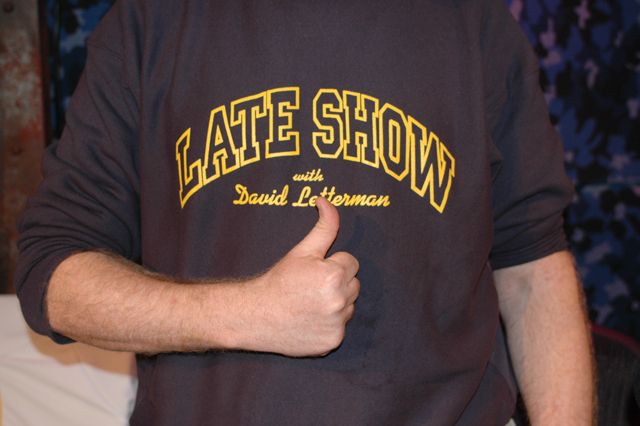 Like any listener of the show, David Letterman has always loved Howard’s mother, Ray Stern.

So when Robin asked why Howard was avoiding Dave’s questions about his relationship with his parents, Howard revealed that he always had a weird relationship with adults when he was a kid. He would beg his parents not to come visit him on visiting day at Camp Wel-Met. He used to walk around and pretend he was an orphan. Howard loved the feeling of being free.

Howard’s undying love for the summer camp of his youth can probably be attributed to his rough Roosevelt childhood. He recalled discovering the Beatles album Sgt. Pepper’s Lonely Hearts Club Band at Wel-Met and bringing it into class when school was back in session. He put it on and the other kids started throwing things at the big tall honky with the white music.

In a Proustian trance (yeah, look that one up), Howard recalled one brave white friend who came back to Roosevelt to visit him because he wanted to see what black people were like.

This guy was so brave that he actually left the Stern house at night to go visit a forbidden corner where the African American hung out. He lasted about ten minutes and came running back in.