Eric The Midget Demands His Penis Be Measured

Eric The Midget Demands His Penis Be Measured 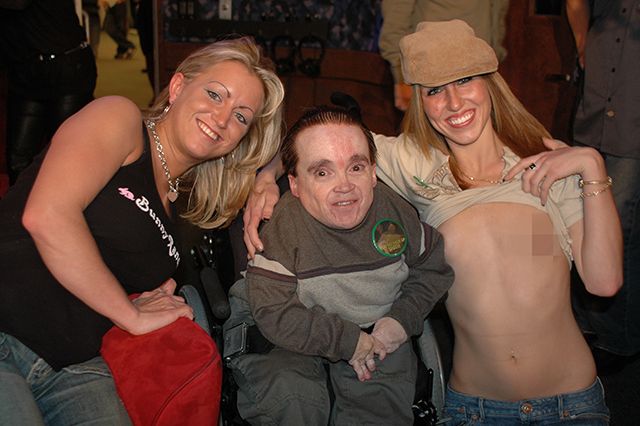 Eric the Midget is so upset about his Twitter haters, that he’s now decided to go by “Eric the Absolutely Pissed Actor with Twitter.”

Gary got word that Eric got himself blocked by a working girl at the Bunny Ranch because he announced that he wanted the naturally busty lady to measure his penis. Eric then denied that he was blocked, and said he only offered to be measured because people can’t seem to believe that his “gift” is really an astonishing five inches long.

This quickly led to a science discussion on people’s height in relation to their penis size, obviously. Gary thought since Eric is so short and has a 5 inch penis, he’d have a 10 inch penis if he was taller. Howard wasn’t sure it worked that way.

When later offered the opportunity to fly to the Bunny Ranch and have his penis measured for Howard TV, The Midget/Actor promptly declined, declaring that he will never pose nude again after the embarrassing photo of him in bed with Air Force Amy made its way around the Internet.

We don’t have the rights to publish the photo, but we imagine you can probably find it yourself if you Google “Eric the Midget + Air Force Amy + ewwww”