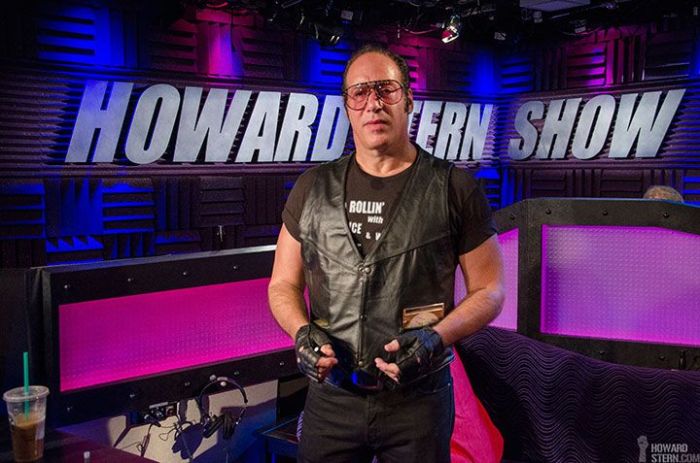 Andrew Dice Clay stopped by to promote his new movie “Blue Jasmine,” which was written and directed by Woody Allen.

When Dice got the call that Woody wanted him to read for the part, he thought it was a joke. He read the scene for him and Woody quietly said that Dice was perfect.

Woody is a famously laid-back director, letting actors ad-lib and suggest dialogue and ideas. The only request he made of Dice was not to curse when he ad-libbed, and Dice complied.

Dice was so awestruck that he was working with actors like Cate Blanchett and Peter Sarsgaard, that he walked up to them and admitted, “I can’t believe I’m working with people like you.” They said they felt exactly the same way.

In the early days of Andrew’s career, the “Dice” character was just one of many he did – including Jerry Lewis in “The Nutty Professor” and John Travolta in “Grease.” One night he was jogging and saw a gay Halloween parade and it hit him that the homosexual culture was the perfect foil for the Dice Man, and the character became his persona.

Early in his career, Dice was slated to perform at a Big Brothers benefit attended by everyone in Hollywood. He knew it was a big moment for him and his agent advised him that he’d better kill, otherwise it was all over. Carl Reiner and Jack Lemmon were onstage when Dice entered and he dared to lightly slap Lemmon on the face. It was apparently such a shocking move that he had the audience wrapped around his finger from that moment. He lit his cigarette and waited in silence before opening with, “I have a cute story to tell … I had my tongue up this chick’s ass…”

Dice admits that his net worth is only about $1 million, despite selling over 12 million tickets in his career as a stand-up. Howard guessed that was mostly due to his gambling, but Dice denied it. However, he did admit to once losing $700K per day for three days at the tables.

Dice mentored Chris Rock before his breakout special “Bring the Pain.” Chris had great material, but Dice thought his performance needed some work. He told Rock to look special for his HBO special and to move around a little bit, not just stand there. The result was an hour of comedy that Howard cites as the greatest special of all time.

Check out Andrew Dice Clay on his podcast called “Rollin’ with Dice and Wheels.”