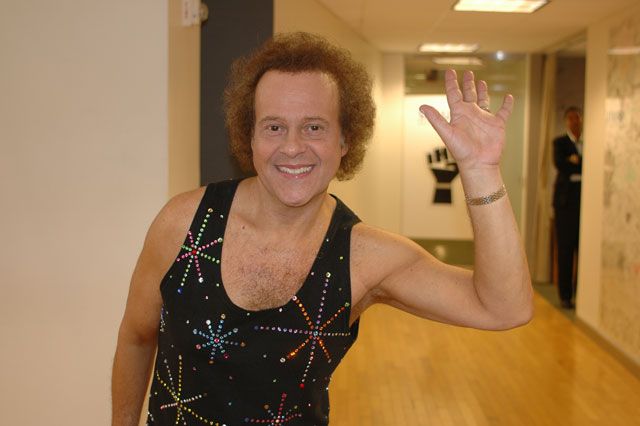 Howard played clips of Richard on something called the Jewelry Channel to peddle his wares, which include rings, pendants and earrings – and, in a surprise move, the man’s man let his guard down and allowed himself to get emotional.

He was reduced to tears as he spoke of guardian angels, and his personal theory that each guardian angel watches over seven children.

Speaking of angels, former child star Corey Feldman has some angels of his own. They’re called … Corey’s Angels!

Howard played clips of Feldman on Playboy Radio talking about his commune of women who are available to “hang out” with guys for money and are also models and host parties at the “Feldmansion.”

The angels start off as “Angels in Training: until their talent is developed and “tested” by Feldman, which is probably as creepy as it sounds.

As Howard pointed out, it sounded like Corey was trying to be the new Hugh Hefner. Robin was having none of it, and called the project “outrageous.”

It really sounds like Corey Feldman is living Eric the Midget’s dream, but Corey is taller – not much taller, but taller.