Fish sticks are apparently no longer on the table 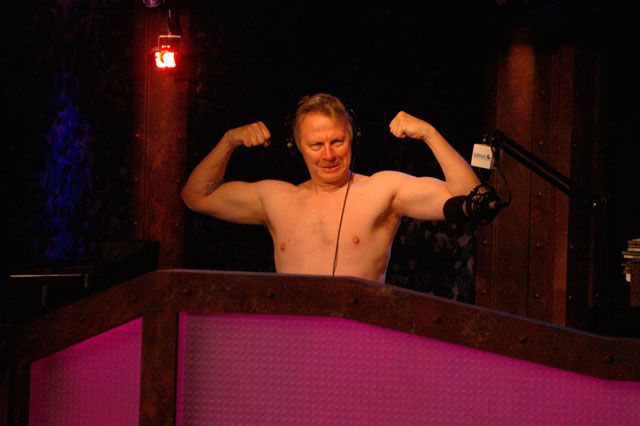 The weight of the staffers is always a source of fascination for Howard. More often than not, he’s disgusted, but this morning, he turned his eye on a staffer who is actually in good shape – Head Writer Fred Norris.

Howard asked what Fred eats to stay svelte, and Fred laid out his menu.

Breakfast: Fred doesn’t like breakfast, so it’s a Balance Bar.

Lunch: Usually something like a grilled chicken sandwich on a roll.

Snack: A kale juice that his wife makes.

Dinner: Probably an organic chicken with sweet potatoes and a green vegetable.

Fred admitted that he’d still eat a hot dog if he were at a barbeque, but fish sticks, which used to be a mainstay for Fred, are no longer on the table.