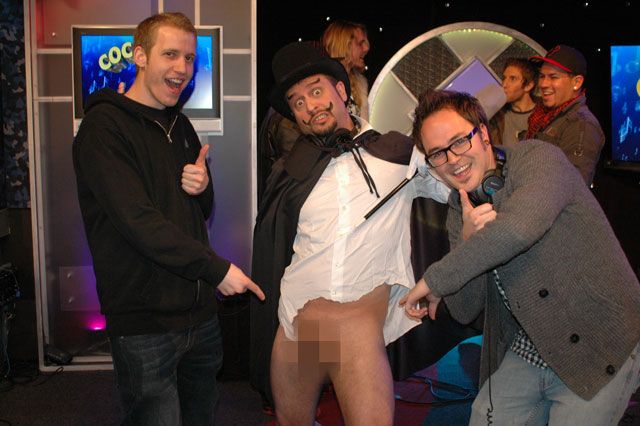 Stern Show writer Sal Governale’s penis has played a large part in his life and career – C*ckeyoke, Guess What’s in My Pouch, putting it in Richard – but did you know it was once almost irreparably damaged?

It’s true. When Sal was a young man, he used a product called ‘Slocum’ which was a spray that was meant to desensitize the penis, helping you last longer in the sack.

Unfortunately, as Sal put it, ‘I’m not that bright’, so he used way too much and couldn’t feel anything. A girl ‘sat’ on him with such force that it snapped his frenulum. Sal described the feeling as being stabbed on the inside, while the outside was still totally numb from the spray.

Thankfully for everyone, Sal recovered and is evidently not too cautious about what he does with his penis to this day.