Bryan Cranston on the End of Walter White and Playing L.B.J.

Bryan Cranston on the End of Walter White and Playing L.B.J. 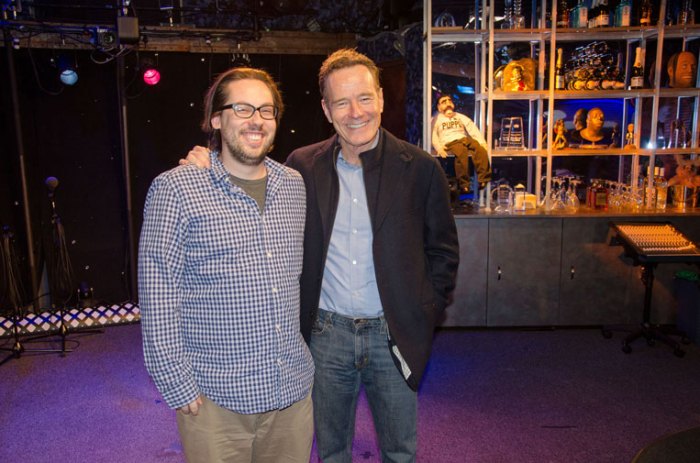 Award-winning actor and former “Breaking Bad” star Bryan Cranston stopped by this morning to promote his new play, “All the Way.”

He sat down to talk to Howard once again about his early life, the challenges of playing an icon like President Lyndon Baines Johnson, and breaking up with “Breaking Bad.”

Here are the highlights from Bryan’s fascinating interview:

It’s probably not necessary to inform you that Bryan’s smash-hit, incredible show “Breaking Bad” recently ended. Howard really wanted to know what life is like after playing such a strong role – specifically, how do you try to find more great roles?

Bryan explained that he has a rating system for roles and it goes up to twenty points (a perfect twenty means he does it without question) and Walter White was a perfect twenty. For his upcoming movie “Godzilla,” he rated it an 18 which is pretty high on the scale.

But Walter White is the role of a lifetime, and Bryan knows it. He got so into the role that he actually sort-of fell in love with his TV wife Skylar, so much so that when Skylar had an affair with the character Ted, Bryan was actually angry at the actor who played him, Christopher Cousins.

One direction Bryan wanted his character to go in remains unexplored: He wanted Walter to become a womanizer. He felt that with the exploding insanity and ego it would be a logical step. Creator Vince Gilligan disagreed, however.

Bryan swore that it wasn’t just so he can get naked and make out with hot chicks.

Bryan also expanded on his earlier statement that he based Walter Whites anger on his own father. The Cranstons divorced early – they would wind up with seven marriages between them – and Bryan’s dad split town. Bryan would tell his friends that his dad came home late at night and they’d play, instead of telling them that he had left.

He sent his sons no card or letters, but Bryan and his brother decided to get back in touch with their dad when Bryan was twenty-two, and they’re still in touch today.

Bryan’s mom passed away a few years ago, but before letting go she apparently hooked up with an elderly gentleman at her old-age home. Bryan was in the middle of directing an episode of his sitcom “Malcolm in the Middle” when he got a call from the home that his mother and her friend had “consummated” their relationship.

PRESIDENT LYNDON JOHNSON AND BEYOND

Bryan’s current role is playing the 36th president of the United States, Lyndon Baines Johnson on the Broadway stage in “All the Way.” Even for an actor as talented as Cranston, he said it was tough to learn an entire play and perform it night after night. He actually thought he wouldn’t be able to memorize all the line, but thankfully he trusted the brain’s process and everything turned out fine.

It’s still a grueling schedule though, and Bryan has to go on total vocal rest on Mondays in order to be full-voiced for Johnson’s long, powerful speeches.

The next time you can catch Bryan on the big screen, will be in “Godzilla,” which just about everybody is looking forward to.

At the Birthday Bash this year, Bryan Cranston came out and did a rousing speech – as JD Harmeyer. And JD got a chance to talk to him after his interview.

Eric the Actor Does Not Have Issues With His #Butthole