Super hot superfan calls in to talk to Howard 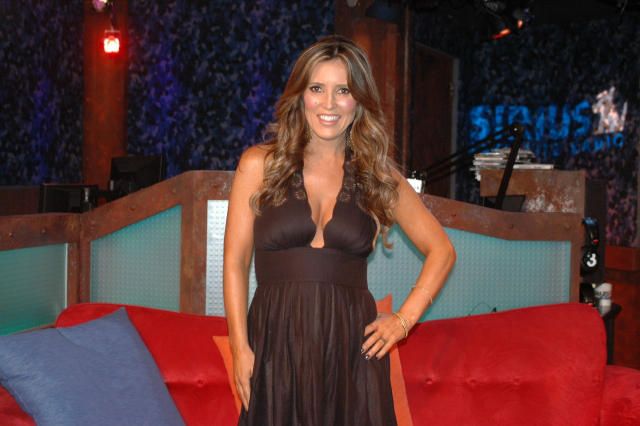 Super-hot super fan Jillian Barberie called in this morning to talk to her hero, Howard, about losing her job and her marriage at the same time.

Howard predicted the divorce on Jillian’s last appearance and she admitted that she was devastated, but it was as easy as a divorce can be. They’re amicable and didn’t take any money from each other. Jillian doesn’t even ask her ex-husband for child-support, but they might start splitting costs once he ‘gets on his feet.’ Howard pointed to Jillian’s bread-winner status as the cause of the break-up, but she claimed there were other factors as well. For now, they’re getting along well and Jillian is happy about that.

What Howard didn’t see coming was Jillian being fired from her job as the weather girl on Good Day LA after twenty years. Jillian, however, did see this one on the horizon. The show’s longtime producer was laid-off and a new guy was brought in to helm Good Day LA. The guy went on a tour and saw Jillian’s famous Howard Stern Show shrine. The following Monday, when Jillian showed up for work, her shrine was boxed up. There was a new regime.

To be fair, Jillian wasn’t actually fired, her contract came up for renewal and they offered her a new position as a field reporter who could do ‘whatever’ she wanted outside of the studio. Jillian didn’t like the idea and she declined to re-sign.

So to sum up, she’s been sexless for a year (though she’s masturbated), she was incredibly excited to be covering the red carpet of the Howard Stern Birthday Bash (especially interviewing Tan Mom next to Katie Couric), and she’s doing her best to soldier on.

She’s now working on an afternoon radio show in LA (called, appropriately, Mid-Day LA) and, though she loves it, it’s exhausting her and her voice. Somehow, she managed to gain even more respect for what Howard and Robin do.

Hopefully our biggest fan and one-woman publicity department will find big success on the radio.