Staff Auditions for the Losers 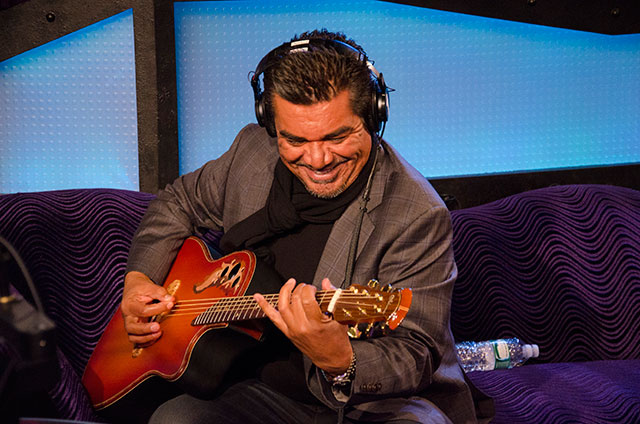 Comedian George Lopez stopped by the Stern Show on Wednesday morning for the first time in nearly a decade. His interview with Howard included opening up about his childhood, his drinking, and having his late-night show pretty much ripped from his hands.

George, like many other comedians, had a rough upbringing. He was abandoned early by both of his parents and raised by his grandmother, whom he called “a blatant racist” who didn’t like George and disproved of everything he did. After he made some dough in comedy, George told Howard he paid extra in order to have his grandmother cared for by all black nurses at her retirement home.

George revealed he didn’t even have any baby photos of himself. When he was recently asked to bring one for his appearance on Byron Allen’s show, George used one of his daughter, scuffing it up on his pant leg to make it look aged.

After having his own sitcom in the early 2000s, George landed his TBS late-night talk show in 2009. But then things got tricky. George worked hard and got decent ratings, averaging about 1 million viewers per night. After Jay Leno returned to “The Tonight Show” and left Conan O’Brien without a home, TBS decided they wanted to scoop up Coco and bring him to cable. George told Howard he was asked to call Conan and convince him that working for TBS was great. Once Conan accepted TBS’s offer, George’s show got pushed back to midnight to allow O’Brien to air at 11 p.m. Suddenly, George felt he wasn’t being allowed to flourish and be creative – network executives began trying to tell him what was funny. “Lopez Tonight” was canceled in 2011.

Howard asked George about getting a kidney transplant from his now ex-wife. George blamed his grandmother for his genetic kidney condition, saying that if she’d taken him to the doctor when he was wetting the bed as a child, the problem could’ve been corrected then.

For now, George is happy with his new sitcom “St. George” in which one of Howard’s favorite actors, Danny Trejo, plays his drunk, bumbling uncle. Howard applauded the decision to use Danny in a comedy and George couldn’t say enough nice things about him.