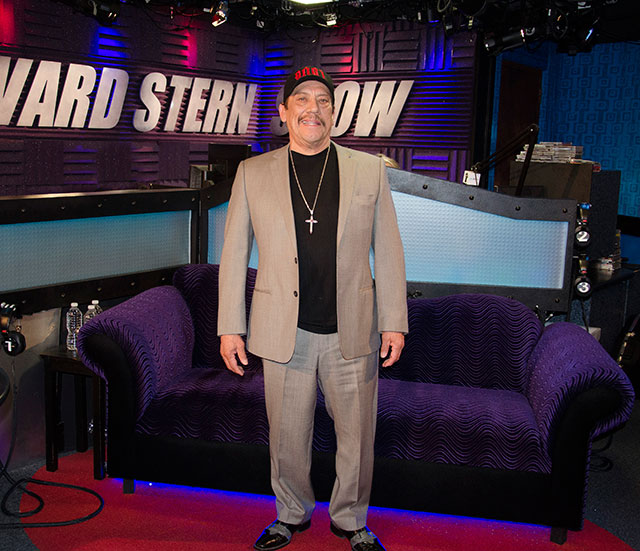 Howard’s favorite actor of all time Danny Trejo stopped by this morning to promote his new movie “Bad Ass 2: Bad Asses” and outlined his unique trajectory from heroin dealing teenager to star of the greatest movie of all time.

Here are the highlights from Danny’s interview with Howard:

Danny had a rough childhood. His dad beat him, so he grew up idolizing his dope-pushing uncle Gilbert who didn’t lead him down the right path. Gilbert got Danny into pot and boxing at eight years old. The first time Danny got in trouble with the law was at age 10, when he accidentally hit a girl with a baseball bat. He was put in a juvenile detention center and realized that, in order to survive, he had to be top dog in the joint – a lesson he wouldn’t forget during future prison visits.

Uncle Gilbert got Danny involved in his heroin trade and Danny would hide balloons of drugs in his mouth while his uncle conducted transactions. The money was big, but Danny admitted “you end up shooting your profits.” He’d also commit armed robberies for his uncle. His uncle was so good at planning robberies that he’d case a joint, set the alarm off, see what happened and how long it took the cops to respond, then he’d sell the robbery to another criminal.

It wasn’t long before Danny wound up in real adult prison for selling sugar (literally, it was pure sugar) to a federal agent. He claimed he technically defrauded the government and got six to 10 years, serving five. 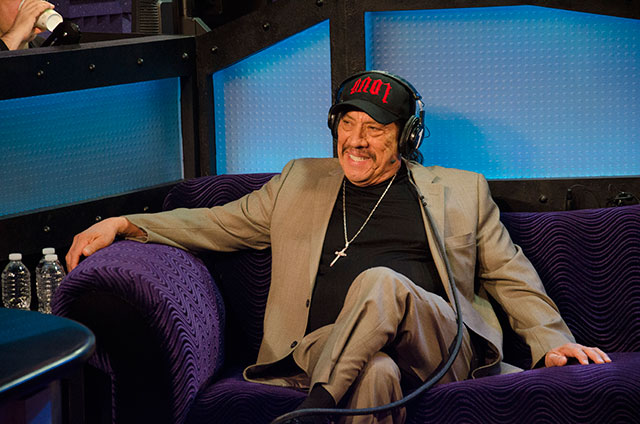 Another prison pastime of Danny’s was getting tattooed all over. He met a guy in the slammer he called “Harry the Jew” and asked him to tattoo a Mexican lady with a sombrero across his chest. It was Harry’s first tattoo, but he gave it a shot.

He got as far as an outline before Danny got “caught up in some shit” in prison and was transferred to Folsom. Harry made Danny promise not to let anyone else touch his work, assuring him they’d meet again soon. Harry was soon transferred to Folsom and got another big chunk of the tat finished before a riot broke out and they were separated again. Harry finally finished inking Danny when they both wound up in Soledad State Prison.

Danny once incited a riot of his own on Cinco de Mayo when an outside team was brought in to play baseball. An All-American blonde guy was playing on the field and chewing gum. A prison buddy of Danny’s wanted a piece and a loaded Danny told him he’d better not ask the guy because he knows karate. The guy demanded the gum and all hell broke loose. Danny wound up in solitary confinement from May through August.

To avoid going completely crazy he’d act out scenes from his favorite movie, “The Wizard of Oz.” “Gimme those shoes, Dorothy!” he’d shriek. To break up the monotony, he’d sometimes do “The Hunchback of Notre Dame.”

Upon his release, Danny decided to straighten up, much to Uncle Gilbert’s chagrin. He got clean and sober and started running a drug clinic. One night, one of the younger guys he was sponsoring called him and asked him to come to his work, where there was a lot of cocaine, just to make sure he didn’t fall off the wagon.

When Danny showed up, he found out that the kid’s work was as a PA on the set of “Runaway Train.” Somebody asked Danny if he wanted to be an extra – can you play a convict? – and he decided to do it. In the middle of changing shirts, a guy ran up to Danny and said “you’re Danny Trejo!” It was Eddie Bunker, a former prison buddy of Danny’s who went on to be a screenwriter. He recognized the famous three-installment tattoo on Danny’s chest.

He told Danny they needed a boxer to train Eric Roberts and, for $320 per day, Danny took the gig. Eric “couldn’t fight a lick” but Trejo enjoyed making the film and went on to make many, many, many more (read through his IMDB credits if you have a free weekend). In fact, Danny proudly announced that if you pay his day rate, which has grown from $320 to $30,000 per day, he’ll do absolutely any movie.

Howard loved the “Machete” series and heard the next installment would be a true innovation: Machete … in Space! Danny said he hopes so, he’d love to play the role again.