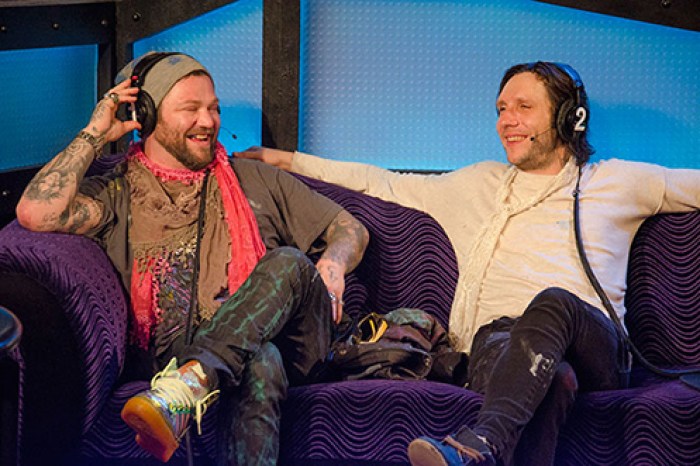 Bam Margera, his wife Nikki, and Brandon Novak visited the Stern Show to talk about life, love, and their new projects.

Bam told Howard he divorced his first wife Missy, but insists they remain best friends. “Missy is a Margera and she always will be,” he said. He met his current wife, Nikki, just as his marriage was going downhill. Nikki came in to talk a little bit about being married to Bam (and, from the sound of it, being married to Novak too).

Nikki and Bam admitted they do make love in front of Novak sometimes. They also occasionally both hook up in the same room. Novak also shares their bed from time to time because Bam doesn’t want to pay for Novak to get his own hotel room.

Nikki is pretty wild, too, and she detailed her multiple piercings. Howard wondered if she sets metal detectors off (she admitted the piercings did show up at an airport scanner once) and decided to try to see if a magnet would find them. 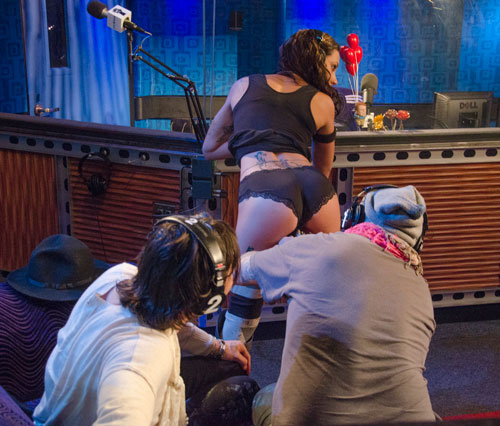 Media producer JD Harmeyer came in with magnetic balls and Nikki dropped her pants. Bam found out that there is a definite magnetic pull, but it wasn’t strong enough to hold the magnets up by themselves.

Gary’s Tales From the Rock and Roll Hall of Fame

Scott Screws Up Twice in One Show