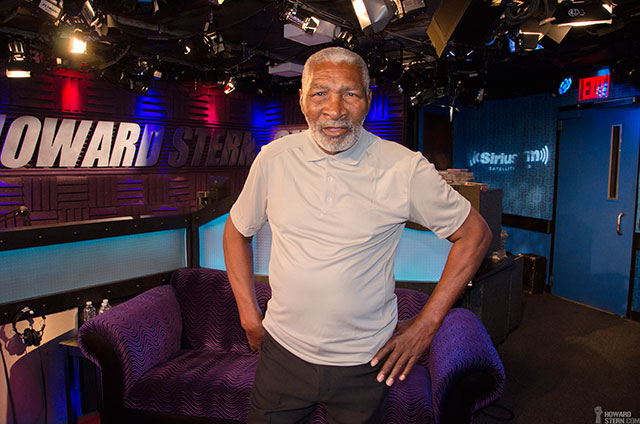 Howard’s dad, the great Ben Stern famously called him a moron. Tennis great Venus and Serena’s father, Richard Williams did Ben one better and actually hired people to stand around his young daughters as they played tennis and call them … a lot worse than ‘moron.’

He raised two champions, but nobody could call Richard a great orator. It was pretty difficult to make out what he was saying most of the time, but here’s what we did get:

Richard had a hard and wild life. He was not treated well by white people and called them ‘worse than the devil’, which he said clear as a bell.

He said that the black kids in his area of the south would keep track of when and where the local Ku Klux Klan meetings were and who attended them, so they knew which houses to rob. Once, Richard got wind that the Klan were planning to murder a black kid, so he dressed up like a Klansman and beat the sh*t out of two of them.

Richard had unorthodox (but clearly effective) ways of raising his two tennis-star daughters. He took them to Compton to play tennis on public courts. He described threatening the drug dealers who met up to do business on the tennis courts with a gun – even shooting at them – to clear the area for his daughters.

He’d have people show up and surround the Williams sisters, yelling angry and racist taunts at they – to toughen them up and prepare them for the professional world. If they could handle that, they could handle anything on the court.

Richard is 72 and his wife is 35. He and his ex-wife, Venus and Serena’s mother both regularly attend their girls’ matches, but sit separately.

Richard claimed that his girls still love him, despite his tough love and pushing, and they talk regularly.

And that’s about all we could make out. If you caught anything that we missed, tweet us @sternshow.

For a very clear (and very interesting) story of Richard’s life, check out his book Black and White: The Way I See It.