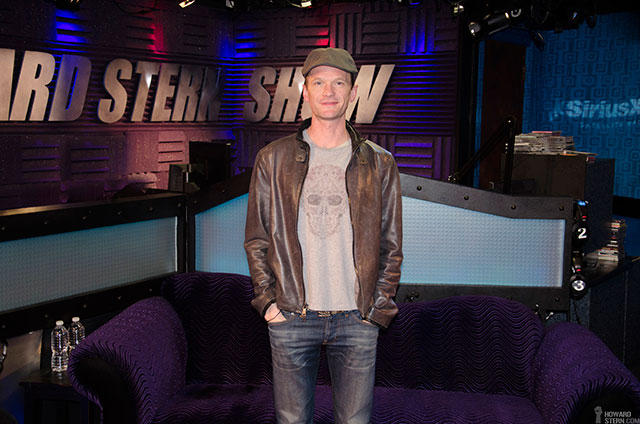 Mr. Show Business himself, Neil Patrick Harris stopped by this morning. Though he’s out late most nights performing in the Broadway musical ”Hedwig and the Angry Inch,” he was quick and in good spirits as he riffed with Howard about TV stardom, famous friends, and whether or not he’s slated for a late night show on CBS.

Neil, as you know, shot to fame as the teenaged star of ”Doogie Howser, M.D.” He was one of those rare child stars who wasn’t pushed into the business by his parents. Rather, they let Neil follow his passion.

The name Doogie stuck with Neil for a while after that, which he wasn’t over-the-moon about, but he worked steadily in TV movies. Then he landed a role in ”Harold and Kumar go to White Castle” and suddenly Neil was hip again.

That led to his role on the hit sitcom ”How I Met Your Mother,” which just ended a nine season run on CBS. It was an ensemble show, but Neil’s womanizing character Barney was the breakout star. He admitted that he was one of the cast members who wanted the cast to negotiate their own deals separately, not as a unit, like the cast did on “Friends.” By the ninth season, however, all the cast members were making $250,000 per episode.

Neil also managed a rare and groundbreaking feat, when he came out of the closet while playing a straight womanizer on TV. Though other men have been typecast by publicly declaring that they’re gay, Neil managed to pull it off in such a way where he can be accepted in any part—playing a womanizer, hosting the Tonys, whatever.

One area of show business Neil is not looking to conquer is late night TV. Though he was tight-lipped about the subject in his recent Rolling Stone cover story (where he also says that he’s a huge fan of Howard) he had no problem opening up to Howard about being approached to replace David Letterman.

He admitted that months and months ago, CBS head Les Moonves summoned Neil to his office for lunch and they discussed whether or not he’d be interesting in doing a late night show for CBS. It’s unclear if Les knew for sure that Letterman was retiring, but he did know that Dave’s contract was coming up at the end of 2015.

Neil said that a daily late night show was not his cup of tea. He felt he’d get tired of the monotonous routine of monologues and guests, so he decided against the gig. He did pitch an idea for a weekly variety show, which has not been done successfully in years. He wants to be a modern-day Ed Sullivan, specifically presenting great magicians to America. 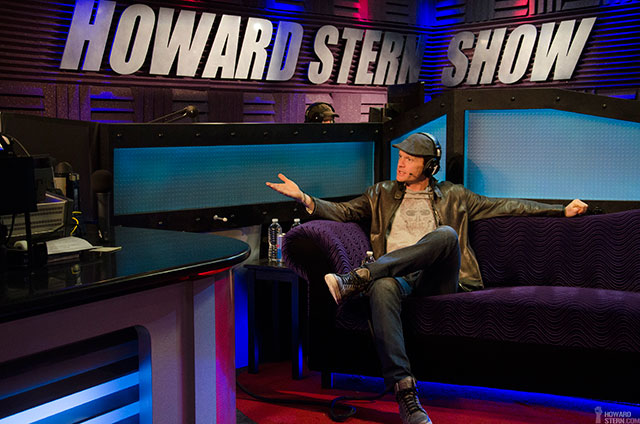 Neil and his fiancé David became good friends with Elton John and his husband, David Furnish. They are frequent guests at Elton and David’s castle in France, which Neil called a “magical” place – though, interestingly, it is completely piano-free.

Another of Neil’s famous friends is comedy and heavy metal icon Richard Christy. Neil met Richard on the set of ”Harold and Kumar Escape from Guantanamo Bay” and they bonded over a shared love of haunted houses. They email each other regularly, which makes Neil Richard’s faaavorite pen pal.

Now Neil is starring the camp drag rock musical ”Hedwig and the Angry Inch” on Broadway. Neil plays a transsexual with a botched sex change who parades around the stage, delivering a monologue and several different rock songs. Howard promised to come see Neil in his nominated performance, but requested that they please not blast the theater with freezing air.

Hollywood hopeful Hanzi called up and opened his call with “Fuck you, Neil Patrick Harris!” Hanzi went on to theorize that Neil isn’t even really gay, it’s just part of the Illuminati’s larger plot to control everything (or something). Hanzi has long thought there are secret forces in show business and secret forces on the Howard Stern Show that all conspire against him.

Neil said that there are secret forces behind this show, but it’s Gary and the other producers. Nice cover, Neil.

Check out Neil Patrick Harris in ”Hedwig and the Angry Inch” on Broadway.