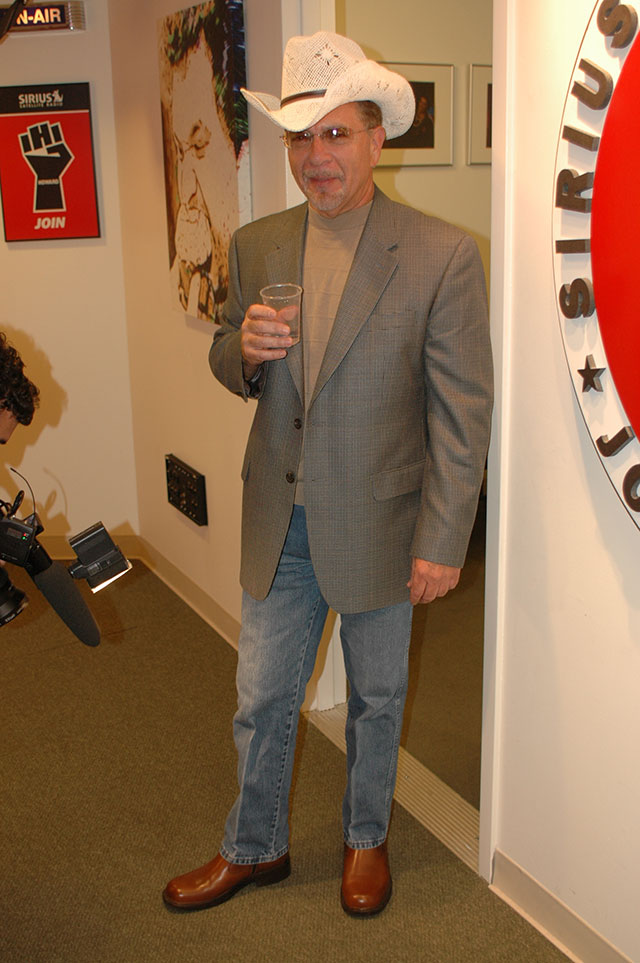 Ronald Norman Mund, Howard’s longtime limo driver, has said and done his fair share of creepy things. His vulgar language, hyper-sexual persona, and advanced age have made him the most famous limo driver in the world, but he really outdid himself this morning.

First, during a perfectly innocent ‘Ronnie’s Fathers Day Sex Tip’, he advocated giving your father or grandfather a blow job. He said knock on your grandpa’s door and say ‘I’ve loved you all my life, now I want to blow you.’

Let’s move on from that! The subject got Ronnie thinking about how great a ‘gum job’ is – meaning when a woman talked out her dentures and services you with her mouth.

It would seem that Ronnie is an experienced gum job receiver. He and a buddy once saw an ad in the local Pennysaver advertising a massage. 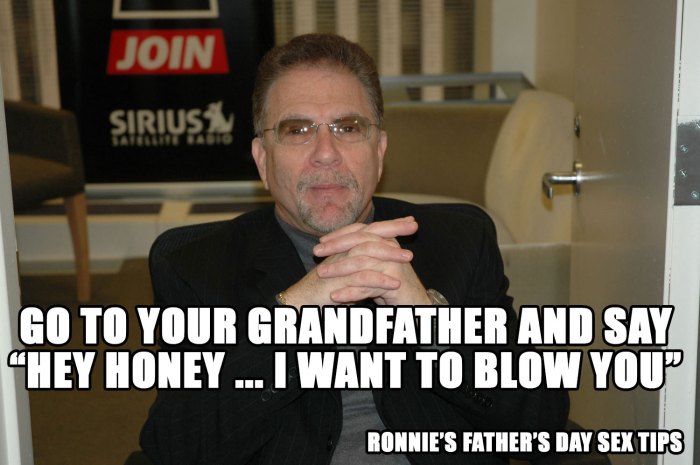 They showed up the woman’s house and discovered she was seventy or eighty years old, but they stuck to their plan. Ronnie described the surroundings in detail – stacks of old newspapers and LIFE Magazines, you know, a romantic setting.

The woman gave him a massage, using almost a whole bottle of baby powder just on his back. Then she flipped him over and started in on his front.

Then, she disappeared into the bathroom and came out with a cup. She removed her teeth, dropped them into the water, and proceeded to go down on little Ronald, who came very quickly. ‘It was pretty cool,’ he recalled this morning.