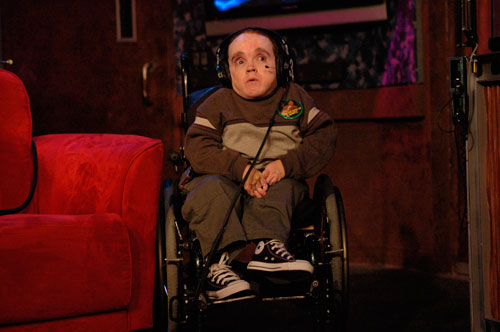 Eric the Actor called to this morning to announce that he’d recorded a part for Yucko the Clown’s hit animated cable show “Brickleberry,” but the conversation quickly turned against him.

Yet another show that Eric appeared on, “TNA Wrestling,” was cancelled, which gives Eric an almost perfect score – “In Plain Sight,” “American Dreams,” “Legit,” “Fringe,” “TNA Impact”: all cancelled. The only two shows that are still on the air are the Stern Show and “Jimmy Kimmel Live.”

After the Wack Packer tried to defend himself, Howard got him to eulogize the great Robin Williams. Also in Eric-related news, there is a new Twitter account called Eric the Midget Fact that posts one delightful fact about Eric every morning. Howard read through the best of them.