Beyond his Gary Dell'Abate painting, Howard remains secretive about his work 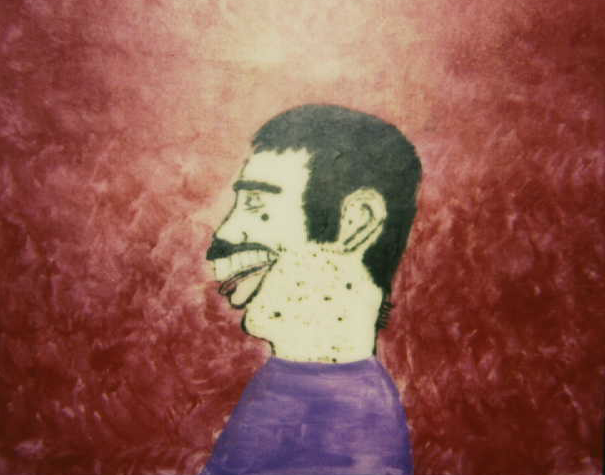 Howard has recently taken a serious interest in painting. He admittedly was terrible when he began, but he’s getting better. He particularly admires the work of John Sell Cotman, who was something of a child prodigy.

Unfortunately, Howard will never reveal his paintings because he knows newswoman Robin Quivers will ‘cackle’ at them with her world-famous cackle.

Robin tried to protest that Howard made fun of many of her interests – horse riding, boating, jet skiing, singing, roller-blading. Howard didn’t care.

He did show Fred a portrait he’d recently finished of the beautiful Beth Stern, and Fred liked it. Robin, however, will never get to weigh in.

We’ll have to be satisfied with the art we’ve already seen, like the painting of Gary Dell’Abate above, which was done many years ago.