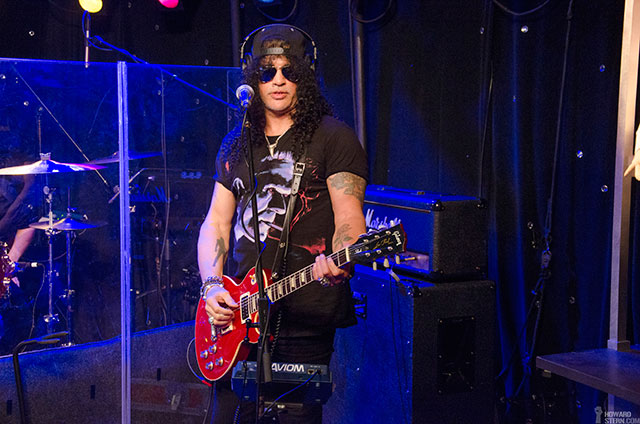 Slash, world-famous guitarist, iconic top heat-wearer, and Birthday Bash performer stopped by this morning with his new band (with a long name) Slash featuring Myles Kennedy and the Conspirators.

Howard wanted to know the stories behind Slash’s most famous guitar licks, so he asked. Slash spoke a little about each one and revealed that he almost always sticks with his first thought; it’s usually the best.

Welcome to the Jungle – Slash wrote this part in his mom’s basement and played it for the first time for Axl Rose in that same place. 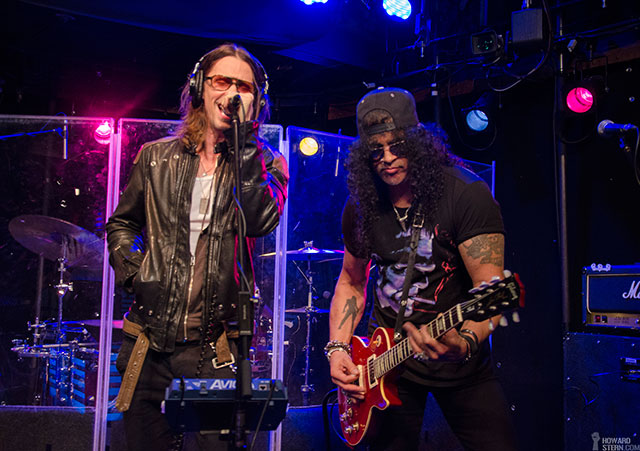 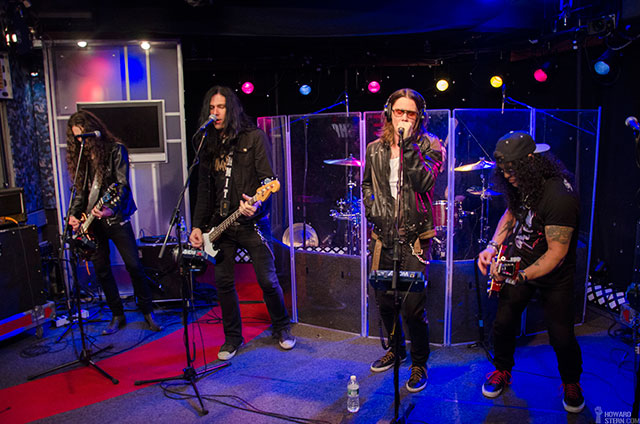 Aside from playing his legendary riffs, Slash maintains a sober lifestyle, hangs out with his kids and writes new music with his new band. Howard asked if it kills him that he can’t sing the songs he writes and Slash revealed that he actually can sing, but he hates it.

Slash’s new band’s singer – Myles Kennedy – does a fine job with the vocals. He’s such a great singer, in fact, that Jimmy Page, John Paul Jones and Jason Bonham all wrote jammed with him, hoping to ‘do something’ together. While he didn’t admit it, it sounded like they wanted him to replace Robert Plant in Led Zeppelin.

Slash has met Jimmy Page – one of his heroes – too and he advised that the key to meeting your idols is not to be a fan boy. They didn’t even talk guitar, they talked about the other thing they have in common: women. 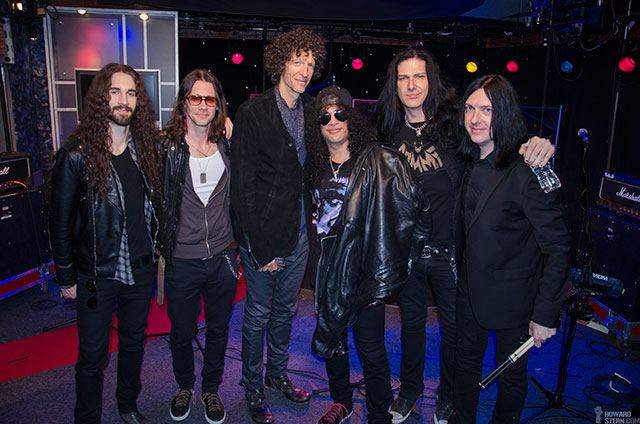 Michael Jackson, Alice Cooper and Bob Dylan had Slash play on their records too, but Dylan didn’t end up using his guitar part – he felt it sounded too much like Guns N Roses. Howard thought Slash would’ve been devastated by the rejection, but he actually thought it was kind of cool.

To actually hear Slash’s guitar work and songwriting check out his new album ‘World on Fire’.