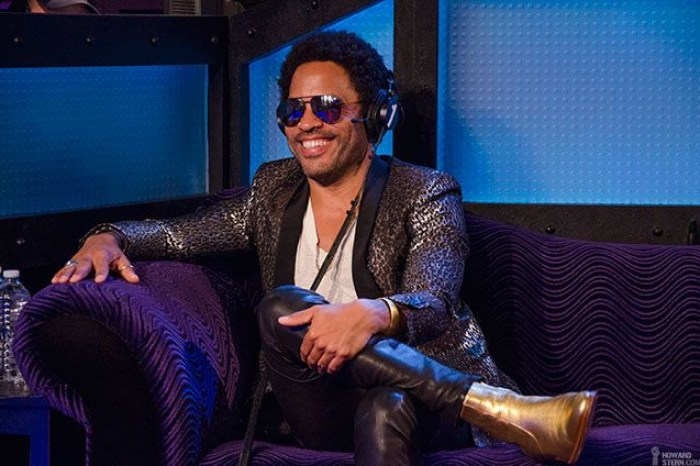 Hip bohemian rocker Lenny Kravitz stopped by Tuesday morning. It had been awhile since he sat down with Howard, so Howard really wanted to get into the high points of Lenny’s whole career.

Here are the highlights of Howard’s interview with Lenny:

Lenny worked with Mick Jagger on Mick’s solo album “Goddess in the Doorway.” Lenny had never met anybody else who makes up gibberish lyrics while they write, but he said Mick was a kindred spirit. Was he nervous writing with a rock God? Not really, he told Howard—it was just fun. Lenny’s late mom Roxie Roker was a famous actress on “The Jeffersons” and because of that he grew up around plenty of famous people, including jazz great Miles Davis. 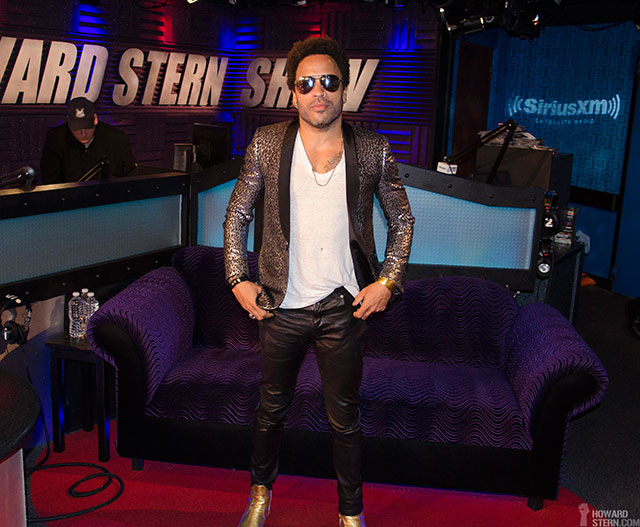 Lenny opened for Bob Dylan to promote his first album, “Let Love Rule.” He and Bob kept in touch and folk icon recently hit Lenny up when he was in Paris. Bob came over to Lenny’s house and they hung out for hours. Eventually, Bob decided he wanted to go for a walk. It was pouring rain in Paris, but if Bob Dylan wanted to go for a walk, Lenny was going for a walk. They we wet and cold and they talked about politics, Barack Obama, real estate, everything. Eventually, Lenny was able to go home and dry off. Bob even gave him his harmonica.

Lenny wrote the song “Justify My Love” and knew that it wasn’t right for him to perform, so he called up Madonna. “I have a number one song for you,” he recalled saying. The infamous video was for her version of the song was racy for 1990 that it was banned from TV. Madonna, smart as she is, printed it on VHS tapes and sold it in stores. It was an enormous seller. 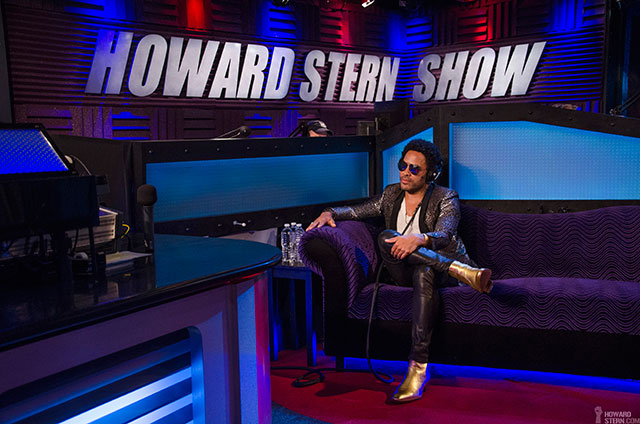 Legendary Led Zeppelin lead singer Robert Plant actually opened for Lenny on Lenny’s “Are You Gonna Go My Way” tour and Lenny described him as a “great human being.”

As for his personal life, Lenny is open to the idea of marriage but he told Howard he had been closed off at a certain point. He had to take a break from women to “heal” himself after a rough patch of family deaths and pushing his emotions aside.

Lenny is still making music and still interested in putting out albums, even thought people supposedly don’t buy rock albums anymore. “It ain’t for the bread,” Lenny said, “because there’s no bread in it.”

Get Lenny Kravitz’s new album “Strut” and check out his new single “The Chamber” (above).