Mario Lopez Talks About Cheating During His Honeymoon

Mario Lopez Talks About Cheating During His Honeymoon 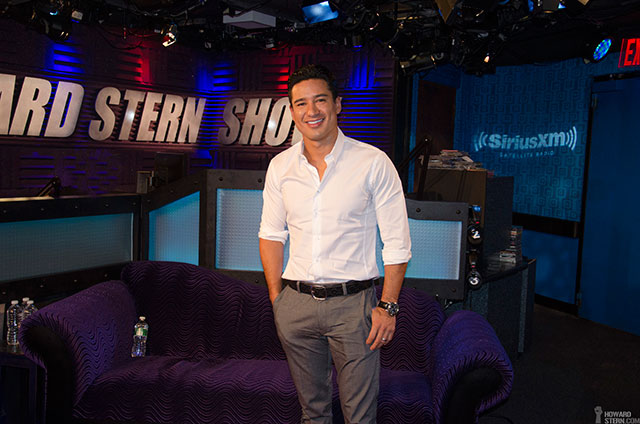 Here are highlights from Mario’s interview with Howard:

Mario and his family would take trips to Mexico when Mario was a kid. As a special surprised, after they’d crossed back over the border into the US, Mario’s dad would let a few smuggled Mexicans out of the trunk of the family car. Apparently, they’d paid Mr. Lopez to sneak them into the promise land. Welcome!

Mario got along with everybody on the set of Saved by the Bell, even Dustin Diamond, who would go on to write a tell. Mario’s salary on Saved by the Bell started at just $1,500, but by the end, he was commanding a whopping $3,500 per week. Mario pointed out that Saturday morning TV is not exactly network primetime.

Mario was in a relationship with Kelly Kapowski herself, Tiffani Amber Thiessen during the filming of the show. He did not, however, sleep with the other two girls in the cast.

After Saved by the Bell, Mario starred in the TV movie “The Greg Louganis Story” where he played openly gay diver Greg Louganis. The guy who played Greg’s boyfriend in the movie requested that he and Mario practice their kissing scene in his hotel room. Mario obliged and the fully made out. Mario is straight, the other guy is also straight, and Mario was really uncomfortable. They made out for the cameras, but the scene wound up on the cutting room floor.

Mario famously admitted to cheating at his bachelor party, but he’s grown up a lot since then. He dated his “Dancing with the Stars” partner Karina Smirnoff for a while before meeting his now-wife, Courtney, while he was starring in “A Chorus Line on Broadway.” He said he has now put his Lothario ways behind him.