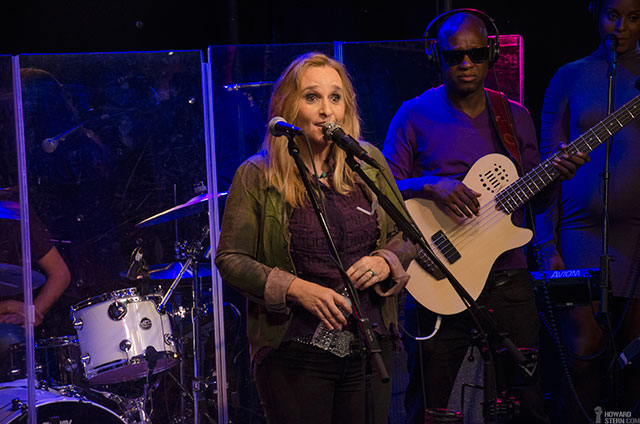 Singer-songwriter and rocker Melissa Etheridge has never really appeared on the Howard Stern Show before, save for her excellent performance at the Billy Joel Town Hall.

She stopped by to play a couple of tunes and talk to Howard about her early days in rock, her triumph over breast cancer, and having a baby with David Crosby as the sperm donor.

Melissa started playing guitar at eight and, though it may sound like bragging, she agreed with Howard that she is an underrated guitarist. She headed West to Los Angeles in the early eighties, when everything was hair metal, and sang her songs in small clubs. She sent her stuff to a lesbian record label called Olivia Records and was rejected. Her first album did well for a rock record, but was not a smash. Her fourth studio album, “Yes I Am,” really hit big with the insanely popular hits “Come To My Window” and “I’m The Only One.” 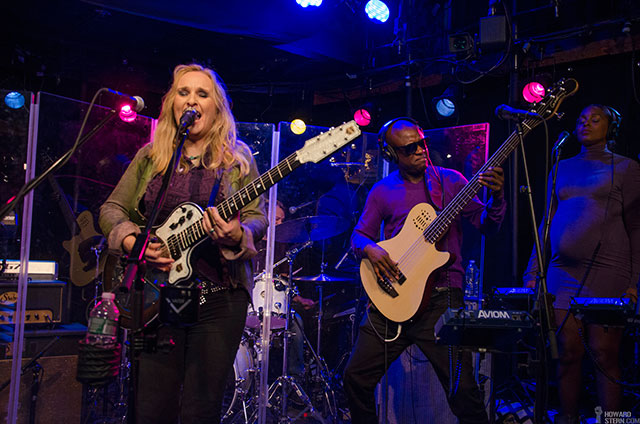 When Melissa and her former partner Julie decided to have children, they did so with the help of rock icon David Crosby, who delivered the sperm. It was Crosby’s wife’s idea and he brought his sample over to Melissa’s house in a brown paper bag. Beckett, the sure-fire musician baby, still hangs out with David from time to time and calls him “Bio Dad.” 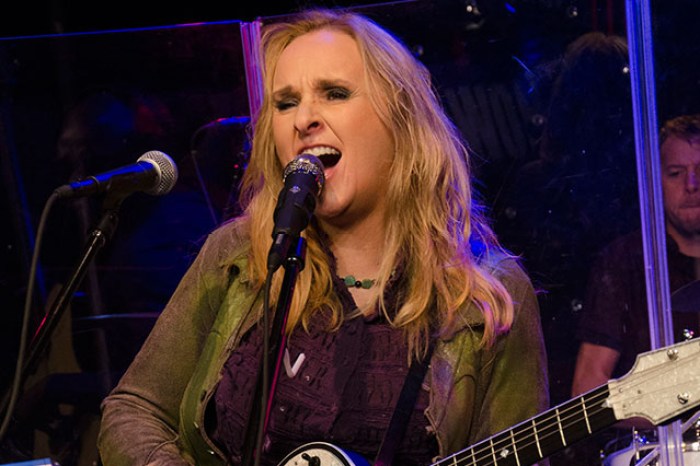 When Melissa was diagnosed with breast cancer, she was going through a lot of spiritual changed in her life. She underwent a round of brutal chemotherapy and lost all her hair, but didn’t lose the will to keep fighting. When the Grammy Awards asked her to perform Janis Joplin’s “Piece of My Heart” in 2005, she considered wearing a wig, then a bandana, before finally going with the bald look, which people thought was brave. Melissa didn’t seem to be too self-congratulatory.

She recently made some controversial remarks about Angelina Jolie’s decision to undergo a double mastectomy because she had a gene that indicated she could possibly develop breast cancer. Melissa actually used to be friends with Brad Pitt, but hasn’t talked to him since he got together with Angelina. She said Brad had many friends who haven’t heard from him since Brangelina became a thing, it’s not just her.

Check out Melissa’s new album “This is ME” which is out now.