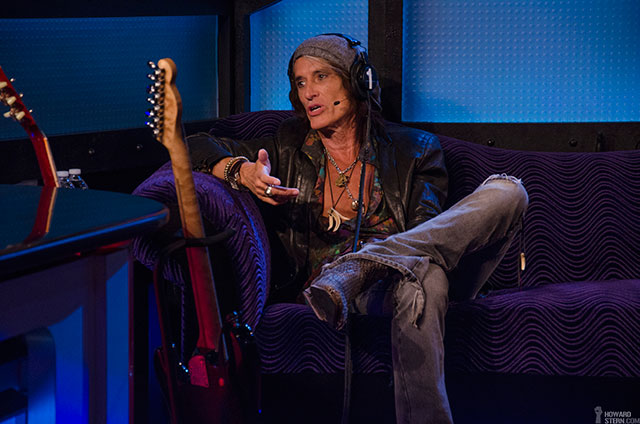 In a different world, iconic rock guitarist and Aerosmith co-founder Joe Perry could have been a marine biologist. He wanted that career, but he didn’t want to go to college, so he turned to music and met his partner (for better or worse) Steven Tyler.

Joe and Steven, like many bandmates, have had a complicated relationship, as detailed in both their memoirs – Joe’s is out tomorrow, so he stopped by this morning to talk to Howard about life in and out of Aerosmith.

The band went through several different names, ranging from ‘The Hookers’ to ‘Arrowsmith’ before settling on the aerodynamic ‘Aerosmith’ spelling.

The guys would all steal when they were hungry, but Steven took a special interest in thievery, according to Joe. He allegedly looked on his illegal actions as taking a souvenir. They guys once lost a steady gig because Steven stole a slide projector.

The band, as you may know, soared to incredible success, often being referred to as America’s Rolling Stones. As Aerosmith grew, so did the tension between Steven and Joe.

Sometimes, Joe could let it go, like the time Steven left all the lyrics to their album ‘Toys in the Attic’ in the back of a cab. Joe and the rest of the band went to see Young Frankenstein while Steven rewrote them. Joe was particularly understanding because he once lost a cassette of Aerosmith demos. 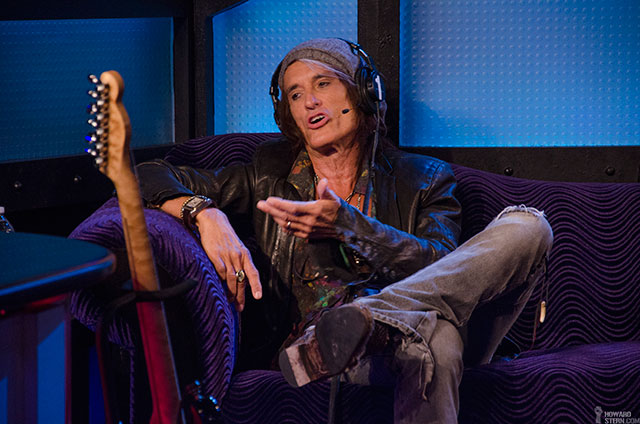 Sometimes things were harder to stomach, like when Joe was waiting around for Steven to call him and found out, a week later, that Steven had flown to London to audition for Led Zeppelin. The audition famously did not go well, and Jimmy Page referred to Steven’s performance as ‘shambolic’, which Joe loved.

Howard often guessed that Joe must have been livid when Steven added American Idol judge to his resume, but Joe didn’t seem bothered by it. He said it worked out well for Steven and for the band – they were able to work on their album out in Los Angeles.

Joe was once in such bad shape financially – about $180,000 in debt – that he had to sell one of his prized guitars to Guns N’ Roses founder and Stern Show regular Slash. At one point, Joe asked to buy it back but Slash refused. Out of the kindness of his heart, Slash returned the guitar on Joe’s 50th birthday.

Slash had lost one of his favorite top hats and got it back in the mail about three weeks after returning Joe’s guitar. Joe theorized that it was all karma. 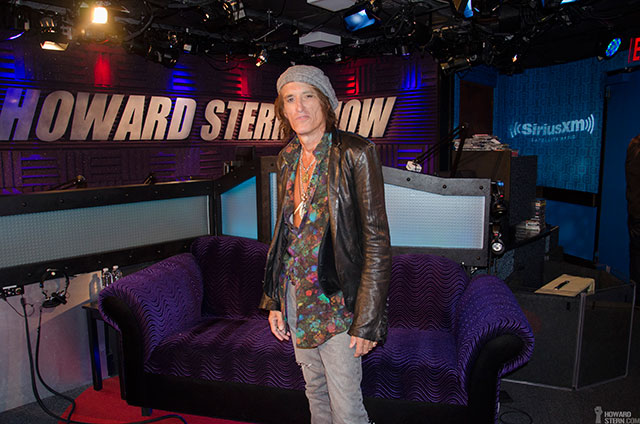 Joe and Steven have their differences, certainly. Joe cracked jokes about Steven staring at himself in the mirror and made fun of some of his wilder statement and antics, but one thing is certain – they make great music together.

Check out Joe’s brand new book and keep up with him on his website and on Twitter.