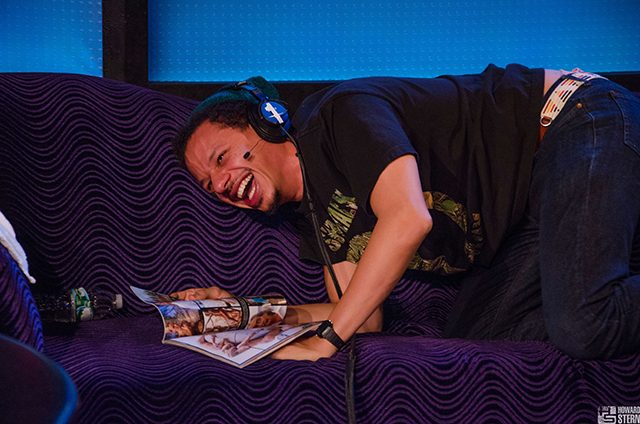 Comedian and Talk Show icon Eric Andre is brand new on Howard’s radar, but he’s been putting out one of the funniest shows on TV for coming up on three seasons now, ‘The Eric Andre Show’. It’s only 11 minutes long, and it airs after midnight on Adult Swim and it’s totally brilliant.

He stopped by the studio this morning to make everybody laugh. Like we do with rock icons and their songs, let’s look at Eric Andre through his incredible and hilarious stunts from the Eric Andre Show. 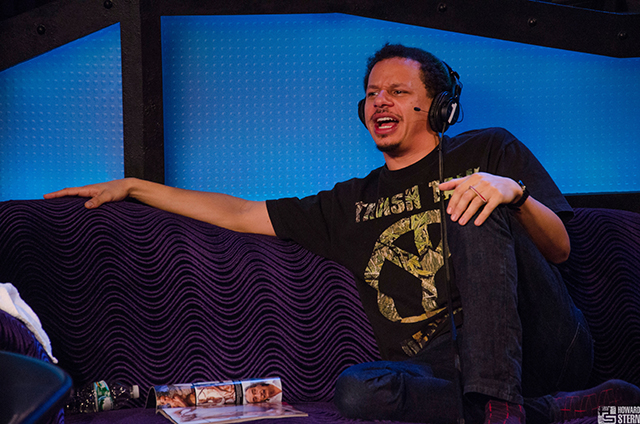 Eric begins every show by totally destroying his set. The set is the same every time, and he almost destroys it the same way every time, but in fact each set is ruined anew. He’s injured himself in many ways – he’s hurt his balls, he has two bulging discs in his back, he’s basically in constant pain. But, his talk show opener is unique as hell!

He also messes with his guests more than any other talk show would ever dream of.

He’s grabbed Mel B’s tits (to be fair, she had seen the show and told him he could do anything – even ‘grab my tits!’)

When Lauren Conrad stopped by, Eric vomited in front of her and then started eating his own vomit. It wasn’t real vomit, he had a container with fake puke in his mouth – but Lauren Conrad didn’t know that. His publicist freaked out on Eric and his crew, but the clip is hilarious.

And the one that got away: Eric had planned to take a dump on his desk during his interview with Tyler the Creator, but unfortunately he had relieved himself earlier and could not produce. He tried, though. 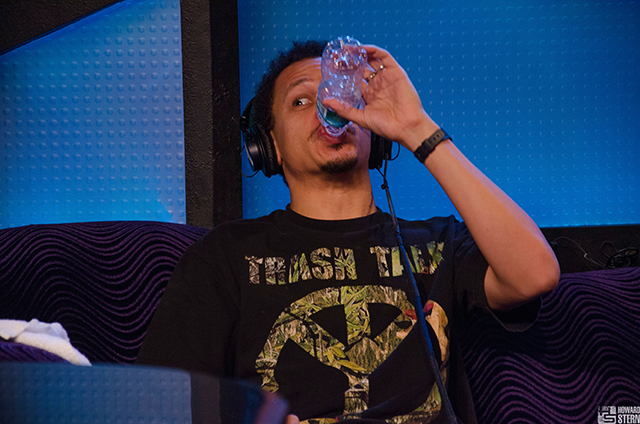 And that brings us to his greatest moment ever – his appearance on today show. Not only did he show up yesterday to screen call in the back office – he told Bobo that he didn’t know who he was and we weren’t taking calls from Southern phone numbers, he gave Mariann from Brooklyn that ‘Mary’ was not showing up in our system, and he told Jeff the Drunk that his comment was excruciatingly boring – but he had another idea for a water cooler moment this morning.

While he discussed the idea with Howard, he went ahead and popped his Viagra pill and, like it or not, a boner was on the way.

Unfortunately, Viagra takes a while to kick in, so eventually Eric said ‘f*ck it’, took his pants and underwear off and rode that Sybian while Gary Dell’Abate ran the controls. He moaned and screamed, but didn’t, as far as we know, finish. 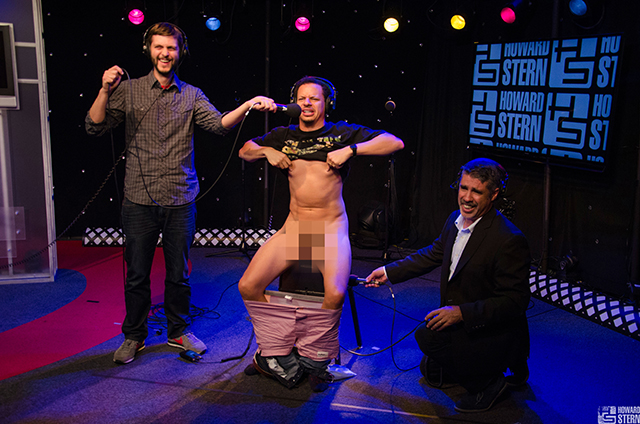 Luckily, Eric called from the lobby of our building to say that he exited the elevator and was hard as a rod – just in time for his flight out of Newark airport.

What a morning! Check out ‘The Eric Andre Show’, you won’t be sorry.