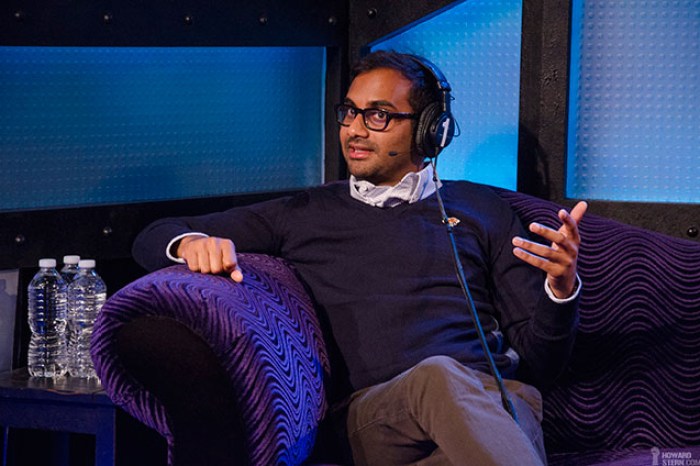 Comedian and actor Aziz Ansari is a big deal to a lot of people, including our own Wack Packer Hanzi, who called to express his excitement. Considering Aziz sold out two shows at New York’s Madison Square Garden, it’s safe to say he has a ton of fans. Only a handful of comics have attained that level of monster success, including Aziz’s hero Chris Rock. Chris is actually the one who convinced Aziz to shoot his special at the Garden, instead of Toronto where he originally planned to tape.

Aziz sat down with Howard to talk about everything from comedy to arranged marriages, to unsuccessfully hitting on Blake Lively via text.

Here are the highlights from Howard’s interview with Aziz:

Aziz grew up in South Carolina, born to two Indian parents who were in an arranged marriage. While arranged marriage isn’t something Aziz is looking for personally, he admitted that his parents had a better relationship than many “love matches” he’s seen in the world.

He got into comedy after college and now performs for and rubs elbows with people like President Obama and Kanye West. Aziz was invited to the White House to meet the Commander in Chief and hung around for a long time to make it happen. He was told that the president was very busy, but he overheard a secret service member saying Obama was heading out to play golf. Eventually, he met him and he found him to be a cool, down to earth guy.

Kanye West actually had Aziz come to his house and do some comedy for him and his friend and Aziz reluctantly performed. After some commotion in the kitchen, Kanye yelled at the offenders to shut up because Aziz was trying to tell some jokes.

Aziz also met actress Blake Lively and they sort of hit it off, even going so far as exchanging numbers. Aziz texted her more than a few times, trying to meet up, but most of his texts were left unanswered. He read through some of them for Howard, then texted Blake one final time to let her know. 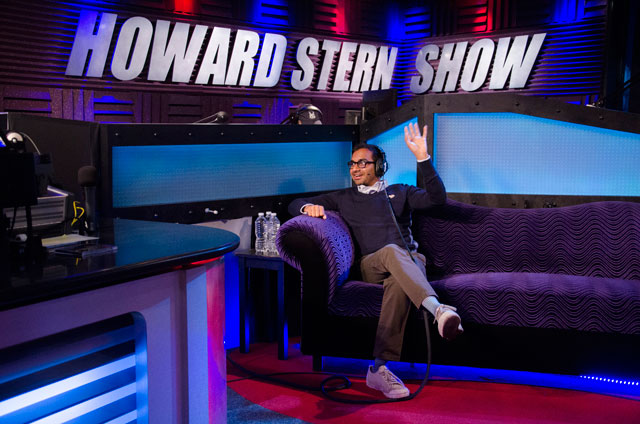 Aziz said he’s in a happy relationship with a chef now anyway and recommended that any single guys out there hook up with a chef immediately.

Check out Aziz this Thursday night at Madison Square Garden.