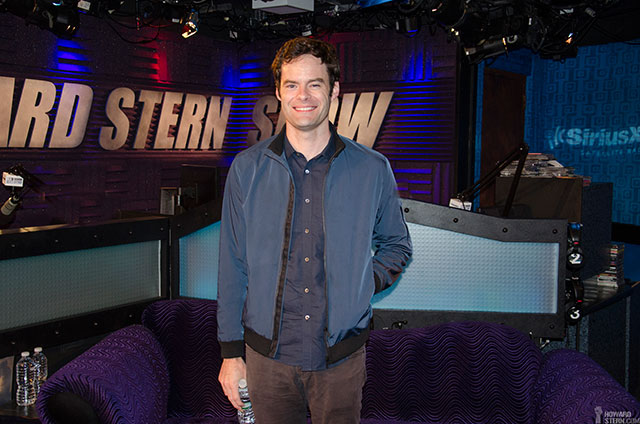 The great Bill Hader — one of Howard’s favorite “Saturday Night Live” cast members of all time — stopped by this morning.

Here are the highlights from Howard’s interview with Bill: 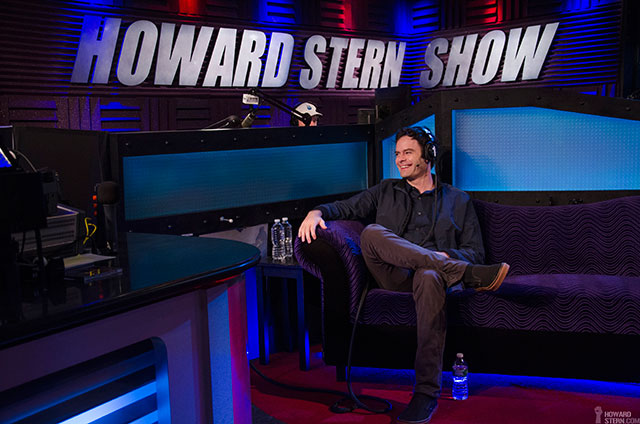 When he wasn’t hanging out on the “Night Calls” set, Bill was on other sets — like “Collateral Damage,” when he worked as Arnold Schwarzenegger’s personal assistant. Not only did Arnold have schnitzel flown into the jungle, he would spend most of his time playing chess with his acting teacher. Bill was once asked to tell Arnold they were ready to shoot, but the bodybuilding icon would not get up from his game. Thinking fast, Bill passed a note to his acting teacher telling him to lose on purpose so they could start filming. Arnold read the note and demanded they start another game.

Thankfully, Bill didn’t have to toil away in show business hell for too long. He was eventually cast by Lorne Michaels for “Saturday Night Live,” where he enjoyed an eight year run.

Howard and Robin both loved him on “SNL” — Howard especially loved his Puppet Class sketch, which Howard called his favorite sketch of all time.

He talked to howard about how it’s almost impossible to know if something is hilarious or not before it’s in front of an audience and Howard mentioned “SNL” alum and Stern Show guest JB Smoove, who famously pitched some hilarious sketch ideas that were rejected. One sketch had Johnny Knoxville solving crimes by drinking urine and another was about a criminal who wore two eye-patches. Bill laughed hard at both ideas.

Bill tried to watch the season premiere after he said goodbye to the show, but it was too weird to see the opening montage without his name in it. As Amy Poehler warned him, “it’s like watching your own funeral.” 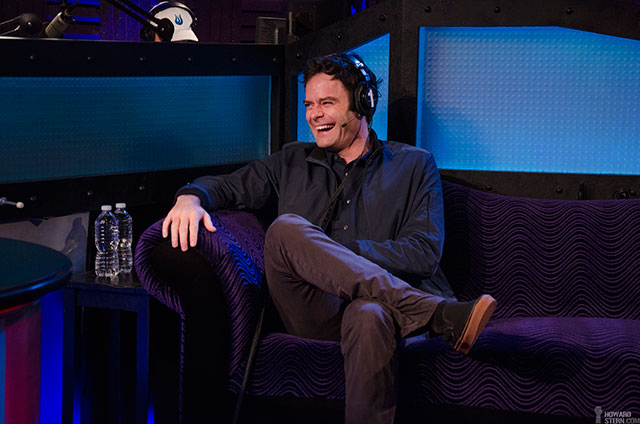 He’s back at 30 Rock to host the show this week and Howard begged for him to bring the Puppet Class sketch back. Bill made no promises, except to say that if Howard sees the sketch on the show, it’s because he requested it.

Check out Bill’s new movie “The Skeleton Twins” and watch him return to “Saturday Night Live” as a host this week.

Bonus Video: Bill said he based his famous “SNL” character Herb Welch on this video of a real over-the-hill reporter named Dick Oliver.