Jerry Springer and Steve Wilkos Do Everything Together

Jerry Springer and Steve Wilkos Do Everything Together 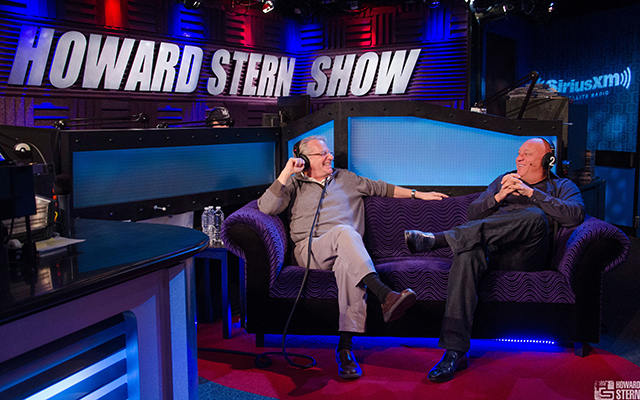 There are a few icons of the TV talk show variety – Oprah, Johnny Carson, David Letterman and, for the low-brow set, Jerry Springer. Jerry stopped by today to talk about transitioning from politics to the circus knows as the Jerry Springer Show, which has been a hit for twenty-four years.

A young Jerry was the mayor of Cincinnati – a job he says he’d still be doing if he could. Even as a mayor, Jerry was controversial. He decided to turn the Riverfront Stadium into a concert venue because it was only sometimes in use by Ohio sports teams. The community protested that he was bringing drugs into their town, but Jerry persisted. The Eagles played the Riverfront first on their Hotel California tour and its since hosted concerts by the Rolling Stones and Paul McCartney.

Eventually started doing local news. His bosses – who owned other daytime talk shows like Phil Donahue and Sally Jessy Raphael – wanted him to host a daytime show and take on Oprah, since Phil Donahue was getting close to retirement age.

Jerry tried that for a while, then decided that since everyone was trying to be Oprah, why not take on Ricki Lake? The Springer Show started to have wilder guests and stories and became a smash hit – thought highly controversial – show.

Jerry admitted that he wouldn’t be hosting his namesake show if his parents were still alive, because it would be too embarrassing. But since they’re gone, he has a fun time hosting the ‘circus’, as he calls it. He doesn’t know anything about each episode or guest, he just has their name and watches as their stories unfold. 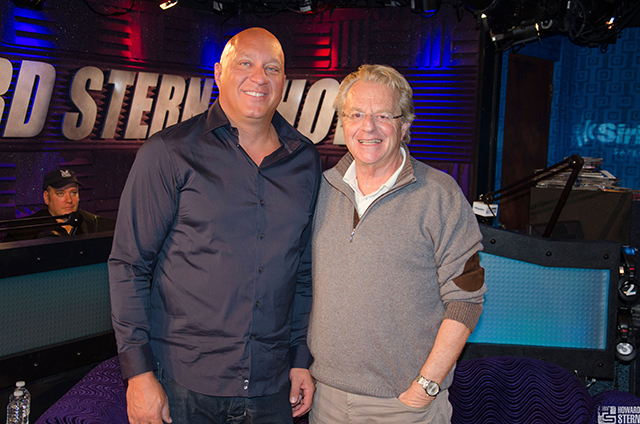 He shoots a week’s worth of shows in two days, flying up to Connecticut from his home in Florida. When he’s not dealing with Ku Klux Klansmen or men who married their sisters, he’s hosting the game show “Baggage,” which Howard’s parents love. “Baggage” is a dating show where contestants reveal their “baggage” to their perspective date – ranging from “I have a strange hobby” to “I was actually born a man.”

The one job in show business that Jerry doesn’t have is hosting “America’s Got Talent” – he was replaced by Nick Cannon. Jerry understands NBC’s decision – they wanted someone younger – but still, he’d have loved to work with Howard.