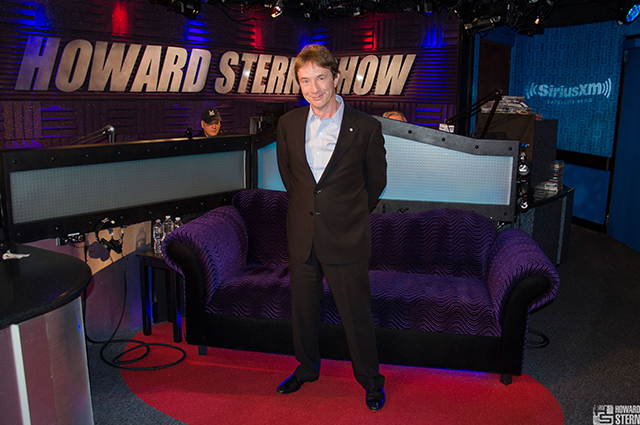 Howard has conducted some major interviews with some enormous icons over the past few years, but it was still a thrill when comedy legend Martin Short sat down this morning – marking his Stern Show debut. He opened up about his love life, his famous friends, and, of course, comedy.

Here are the highlights from Howard’s interview with Martin Short:

Martin dated his Godspell (it’s a musical) co-star, and future “Saturday Night Live” original cast member, Gilda Radner for a few years. Nobody can deny that Gilda was an enormous comedic super-talent, but Martin said she was also pretty depressed. He didn’t know how to handle her at the time – she was twenty-six and he was twenty-two – but he loved her a lot, you could tell. Martin met the woman who would become his wife when she walked into a bar and Gilda (with whom his relationship was on and off) was immediately jealous.

Eventually, things were ironed out and Martin even stayed with Gilda for a week – sleeping in the same bed for a night and a half – after he was with Nancy. Nothing sexual happened.

Even though he became a huge star, Martin was a faithful husband his beautiful wife for three decades, until she passed away due to ovarian cancer – the same illness that would take Gilda Radner. Martin handled the death of his other half admirably – realizing that he had to take over caring for their children and remaining a family. He waited a full year and a half before dating again, which Howard found incredible.

He also didn’t balk at Kathie Lee Gifford’s famous interview faux pas, when she talked to him about his marriage while clearly unaware that his wife had passed away. You can’t know everything. 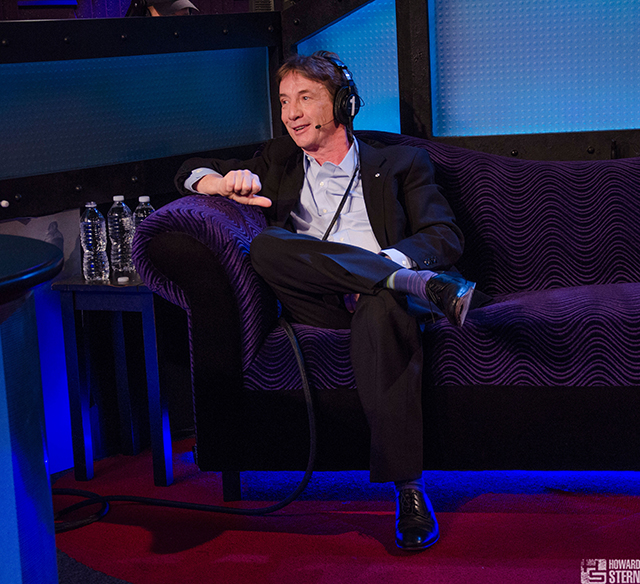 Unlike most show business icons, Martin was not born wanting to be a performer. He actually wanted to be a doctor – to help people – like Richard Chamberlain in “Dr. Kildare.” The problem was he didn’t really have any interest in biology. So he transferred his dreams to social work, for a time.

But, of course, show business came calling and Martin’s breakout came on the legendary show “SCTV,” where he worked with an incredible cast that included Andrea Martin, Catherine O’Hara, Eugene Levy, and Rick Moranis.

Then Martin did what was unheard of at the time – he transitioned from “SCTV” to “Saturday Night Live.” The show had exclusively used unknowns up until that season, when they hired Martin and Billy Crystal. Martin didn’t fight for a lot of airtime, he wasn’t a fan of cue cards, and he didn’t like the writers’ meetings. He liked performing, though, and he let Howard in on an “SNL” secret – the most successful performers on that show knew to hold a little back during the dress rehearsal because you can only have one opening night. After one year on “SNL” – a year which Howard loved – Martin was gone.

Next up was the smash hit movie “Three Amigos,” which is probably playing on some channel on your TV right now. Martin was not the first choice to play his role alongside movie stars Chevy Chase and Steve Martin – many names were thrown around and it was originally supposed to be John Belushi, Dan Aykroyd, and Steve Martin. But as luck would have it, Martin got in. He had a great time making the movie and still counts Steve Martin and Chevy Chase among his friends.

Another good friend of his was the late great Robin Williams. Martin was as shocked as anybody by Robin’s suicide earlier this year. Once while he was headed up to Canada to work with Second City for a week, Robin (who was shooting Mork and Mindy) asked if he could come too. Martin never expected he’d show up, but Robin flew himself out with no spare clothing or cash and performed with the company for a week – at the peak of his powers and enthralling the crowd. 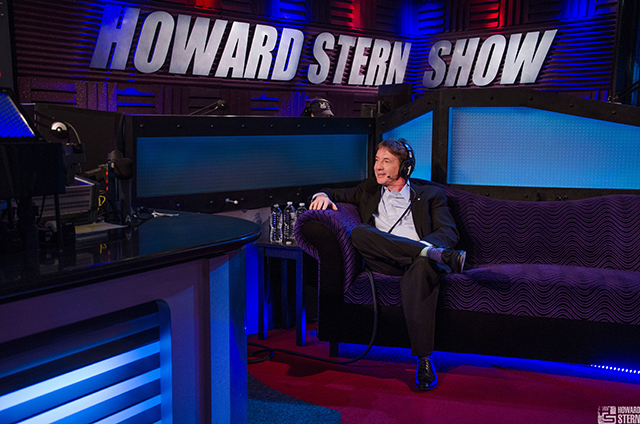 Pick up Martin Short’s incredible new book “I Must Say: My Life as a Humble Comedy Legend.”