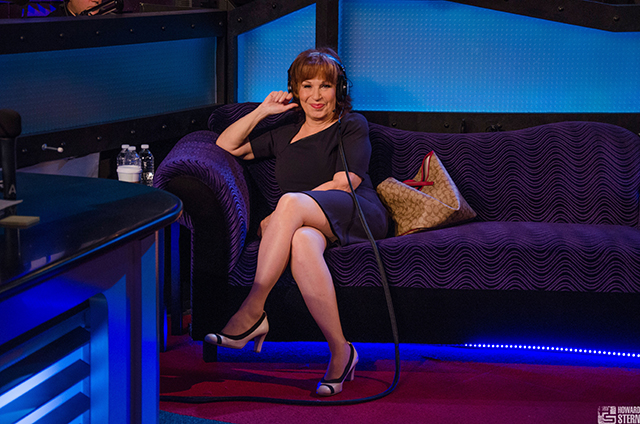 Comedian and TV personality Joy Behar’s candid nature has landed her in hot water several times over the years, but her honesty and openness was appreciated by Howard and Robin on Monday when she sat down for her first-ever interview on the Stern Show.

Here are the highlights from Joy’s visit:

Joy got her start in show business late in life. She was a school teacher who was funny, before it occurred to her to try to make a living off her sense of humor. ‘Mrs. Behar’ seemed like she could get annoyed with her pupils, especially when they snitched on each other. One kid announced ‘Ms. Behar, he said ‘F”, trying to rat out a fellow student. ‘Who the F*CK said ‘F’?!’ Ms. Behar replied. She was fired for that one.

She got a job as a receptionist at “Good Morning America” and was quickly promoted to producer. Unfortunately, Joy was fired again after scheduling a bit involving circus elephants walking through the midtown tunnel for 12 p.m. instead of 12 a.m. Reeling from her job loss, Joy decided to try stand-up to make some money. She did well some nights and bombed other nights, which she now attributes to the different audiences at the different time slots. 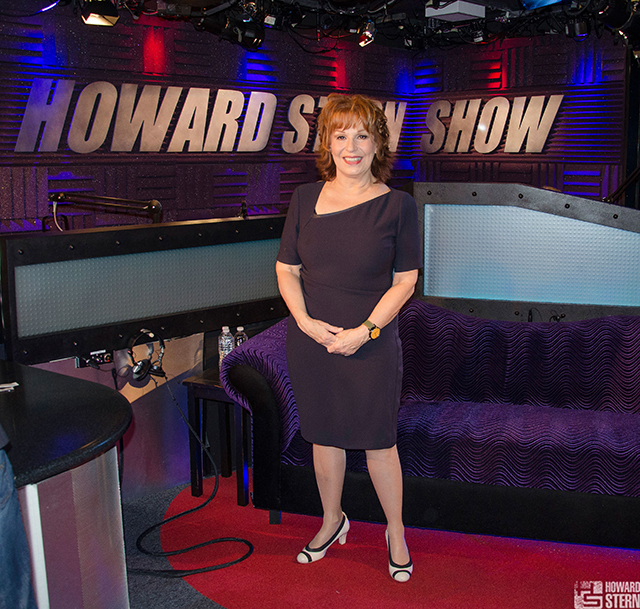 She landed a small role in Woody Allen’s “Manhattan Murder Mysteries” in 1991, right in the eye of the Soon Yi scandal hurricane. Joy would marvel as the New York Post came out each day with a new ridiculous headline about Woody and he would just continue working like nothing was wrong.

The only person Woody talked to on the movie set was his old friend Diane Keaton. The one thing he ever said to Joy was after a particular scene where all she had to do was stare at Anjelica Huston. Woody told Joy that he was really happy with what she was doing in that scene.

One night, TV icon Barbara Walters saw her do stand-up. Soon after she was hired as an original panelist for the now-ubiquitous show “The View.” Barbara told Joy she was fired from “The View” when Joy spilled the beans that Rosie O’Donnell would be joining the cast. It was supposed to be a secret but Joy forgot and told a reporter while she was shopping. Oops! Thankfully, Barbara eventually changed her mind.

Recently, Joy was let go from “The View” and from her HLN Show as well. “Someone doesn’t like me,” Joy told Howard, explaining she had suspicions it was due to her liberal politics. “I’m not even a fiscal conservative.”

She thinks the women on the current panel are tackling too many serious topics and the ratings are suffering for it.

Like Howard, Joy is not a fan of Bill Cosby – she never got his comedy.

Joy was curious about New York Mayor Bill de Blasio’s wife, Chirlane, who used to be a lesbian. Normally, according to Joy, a woman will get married when she’s young and come out as a lesbian later in life.

So, though she has no TV show at the moment, Joy isn’t upset about it. Every time she gets fired, she looks at it as an opportunity to do something else. Right now, that something else is her one woman show “Me, My Mouth, and I.” Be sure to check it out.