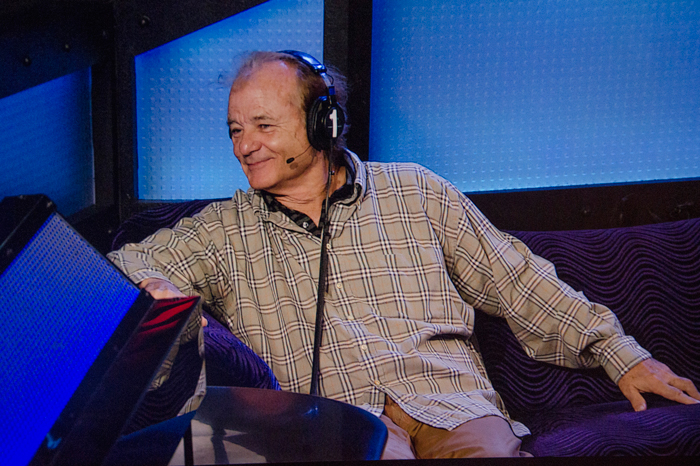 A true kings of comedy and one of the biggest movie stars of all time, Bill Murray stopped by the Stern Show as something of a surprise. Howard announced a day prior to Bill’s appearance that a very special guest would be coming on the show. On Wednesday morning, Bill sauntered in munching a delicious breakfast Danish and Howard asked for his thoughts on his co-stars, his movies, and almost everything else in the world. We compiled the best of everything here:

Bill said doing the classic movie “Goundhog Day” was rough, but he stuck it out because he knew it was going to be good. The production caused a rift between Bill and the film’s director, the late Harold Ramis, that lasted for over a decade.

Bill said he sort of fought for Harold to be in the movie “Stripes” with him. The studio was interested in a bigger name for Harold’s eventual part but Bill was confident that they could do it with him in the role. Howard asked if he and Harold ever had a chance to make up.

“Yeah, we made our peace a couple years ago,” Bill replied.

Howard heard Harold wanted Bill to hire an assistant so they could communicate with him and Bill hired a deaf assistant to piss him off. Bill corrected Howard: “I happened to hire a deaf assistant because I had a moment of thinking ‘What’s it like to be deaf?’ They may have thought he hired a deaf girl to piss off Harold, but that wasn’t the case.”

Even today, Bill is not into constant communication. It’s hard to get a hold of him. He finally got a cell phone, but it’s only to text his sons – he doesn’t give his number out to very many people.

“David is a wonderful guy and he is my friend,” Bill told Howard. Bill was even the first guest on Letterman’s “Late Show.” They’ve been to dinner but “he is also someone who has a whole lot to do.”

“It’s great,” Bill said of his hit 1984 movie. He wouldn’t have gotten the chance to do the movie if John Belushi, another comedy great, hadn’t passed away suddenly. “He was more fun than a barrel of monkeys,” Bill said. “He could make fun out of nothing.”

Bill is one of the most decorated comedy actors of all time, but he’s not really wrapped up in awards and accolades. He appreciates that getting an Oscar nomination means more people will go see your movie, but the trophies he has just sit on a shelf in his house.

The Ones that Got Away

Howard asked Bill about some of the film roles he was reported to have turned down:

Tom Cruise’s role in “Rain Man”? “There was something about ‘Rain Main,’ yeah,” Bill said.

Denzel Washington’s role in “Philadelphia”? “You’re warm with that one,” Bill said. “I would’ve liked that movie.”

Tom Hanks’s role in “Forrest Gump”? Bill did have conversations about “Forrest Gump” but he said it didn’t interest him. He still has not seen the movie. 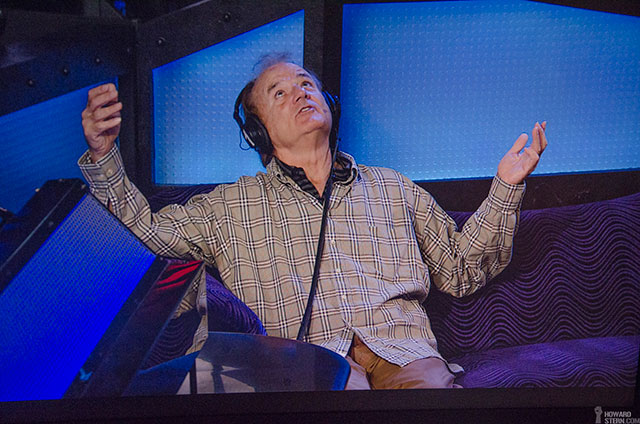 Bill Murray heaped enormous praise on “SNL” alum and yesterday’s guest Bill Hader, when he told Howard “I think Bill Hader probably did the best work anyone ever did on that show.”

Howard asked Bill why he hasn’t found the great love of his life. Bill said he does think about that, but he isn’t lonely. Still, he’d like a date to an event like George Clooney’s recent wedding.

Check out Bill’s new movie “St. Vincent” which is already getting great reviews and Oscar buzz.