“Bad Words” director and star returns to the Stern Show 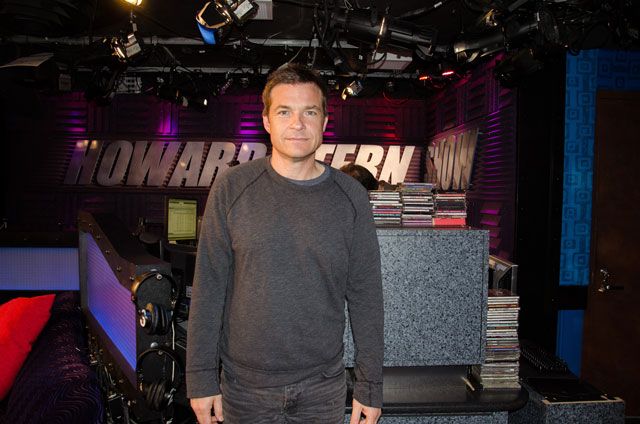 Jason Bateman stopped by this morning to promote his directorial debut “Bad Words,” which has one of the funniest trailers you’ll ever see.

He sat down to talk to Howard about the movie and all kinds of gems from his life.

Jason starred on many sitcoms as a teenager — “Little House on the Prairie,” “Silver Spoons,” and “The Hogan Family.”

Once the first wave of his career ended, he was left living on his own with a bunch of money in his early twenties. He lived it up as any young dude would – going out to bars, partying, meeting women.

He told Howard he had a signature move where he’d party it up until the lights came on at the bar then suggest they move the party to his house. If a girl said “call me tomorrow” he’d say “how about tonight?”

The Fear of Germs

Howard and Jason recently had dinner and Howard spotted Jason right away as a fellow full-time hand-washer.

He detailed his eating out ritual which really kicks in after he places his order. He dashes to the men’s room to wash his hands, making sure to scrape his palms with his fingernails, ensuring the soap gets under them. It’s a trick he said he learned from the Howard Hughes biopic “The Aviator.” After washing he leaves the water running and dries his hands. Then he uses a paper towel to turn off the faucet, walks back out to his table, kicks out the chair, and sits down.

He then dives into the bread.

Howard mentioned that Jason has suggested his sister for a role on “Arrested Development”—as his character’s love interest.

Howard asked if Jason would really do love scenes with his sister and Jason said he would. It’s no different than any other two actors acting. Jason used the analogy of playing gay and kissing a guy even though he’s not sexually interested in guys.

Howard called Jason a “dark bastard” and Jason joked that “Arrested Development” was “desperate for ratings.”

Other highlights from Jason’s interview:

* Jason smartly switched one of the two main characters in his recent movie “Identity Thief,” written for him and “another big comedic actor,” to female after he saw Melissa McCarthy’s brilliant performance in “Bridesmaids.” He advised the producers to grab her now, while she’s still cheap. They did.

* Jason’s new movie “Bad Words” is definitely what he calls a “hard R comedy” and it’s a little controversial because Jason is surrounded by kids for the length of the film.

The movie is about an adult who decides to conquer the world of children’s spelling bees. He goes to great lengths to sabotage his pre-teen competition – he convinced one girl she’s on her period and will have to walk in front of everyone with blood on her white pants, he gives another young boy a pair of panties and asks him to please give them back to his mom for him.

* Jason’s other cultural touchstone “Arrested Development” recently came back as a Netflix mini-series and Jason dropped the bomb that that was only one act of a three act arc that creator Mitch Hurwitz has planned. Jason doesn’t know if the other two acts are more episodes on Netflix or an “Arrested Development” movie.