Comedian visits ahead of his White House Correspondents' Dinner gig 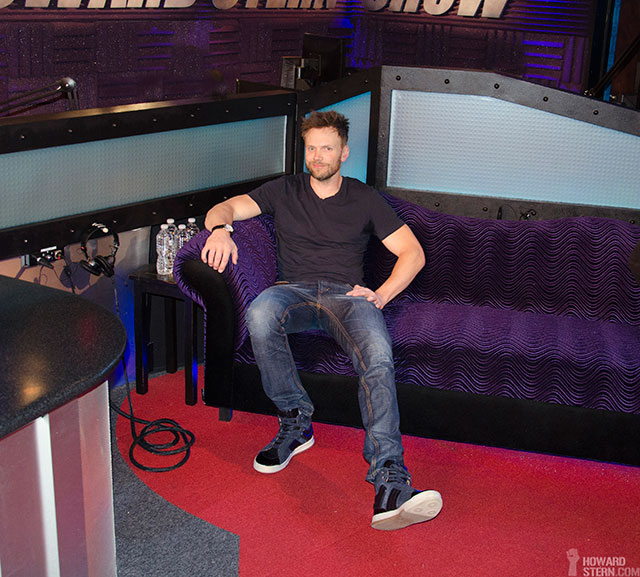 The court jester is an important figure throughout history, and each year, the United States of America chooses one to entertain the president, the first lady, and various dignitaries – from senators to Jessica Simpson – at the White House Correspondents Dinner.

This year, Joel McHale will have the coveted slot – going very last after a three hour meal, right behind the funniest president we’ve ever had (intentionally, at least).

He admitted that he is nervous, but he’s focused on coming up with great jokes – writing more material than he ever has in his life, as well as using some old writer buddies to help – and keeping it brief.

Joel has spent over $40,000 to hire writers and fly his family out to the dinner, and he admits that he hasn’t been this nervous since his wife gave birth.

Howard asked Joel and the two ex-Soup writers he had with him for some of the jokes that were too outrageous for POTUS and FLOTUS and the happily told some.

It’s great that we have our first black president, but people always say ‘he’s half white!’ The only person who can tell you if the president is really black is Michelle Obama.

Ronan Farrow got a big show on MSNBC – who did his father-in-law have to molest to get that gig?

Joel is still going strong hosting The Soup every week on E! and claimed that he hasn’t been contacted about replacing Craig Ferguson, who just announced that he’s leaving the Late Late Show.

So, the great white hope for Community is that Joel triumphs at the White House Correspondents Dinner and becomes so famous – and such a national treasure – that the people demand more Community, inundating NBC with passionate pleas.

For the sake of our good friend Joel, we really hope that happens.

The Billy Joel Town Hall and Everything Else!