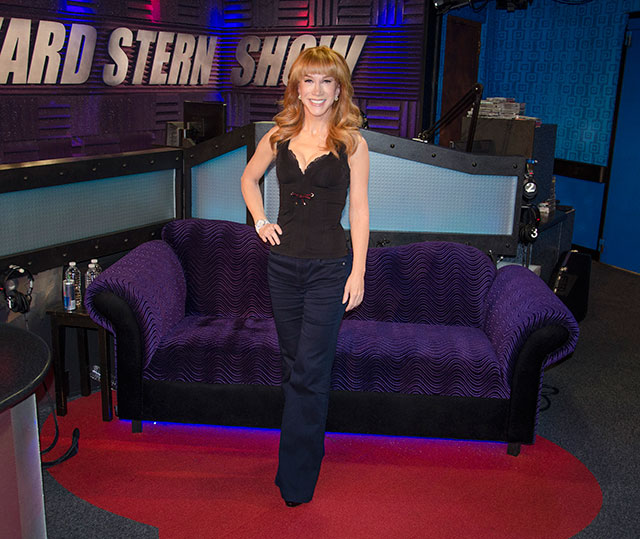 For a long time, comedienne (and Grammy Award winner) Kathy Griffin has felt slighted that she hasn’t been invited to the annual party Jimmy Kimmel hosts for Howard in Los Angeles.

Well, she did get a ticket to the greatest party of all time, the Howard Stern Birthday Bash (which was hosted by Jimmy Kimmel), so she should finally be satisfied.*

Kathy delighted in gossiping about all the stars at party, and opened up about her childhood, her Hollywood feuds, and her sex life.

Kathy showed up just as Joan Rivers was also arriving, so they walked the red carpet with each other. Kathy loved that Joan was screaming, “It’s fur! I’m not going to apologize!” even though nobody was recording audio, it was just photographers.

Kathy also loved Tan Mom, who was in front of her in the press line and feels that she should replace Stern Show writer Benjy Bronk.

Kathy loved that New Jersey Governor Chris Christie – at the height of the bridge scandal – introduced Jon Bon Jovi, who played “Wanted Dead or Alive.” Howard promised there was no intentional message in the song choice. 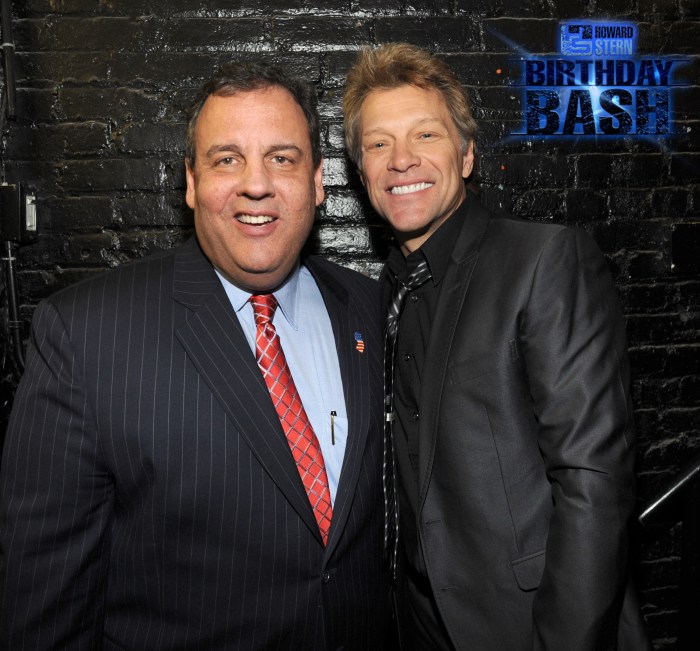 Kathy also loved when Robert Downey Jr. yelled at the audience. She admitted she could have listened to David Letterman’s interview for five hours and praised Howard for treating the interview just like he was in his intimate radio studio.

Kathy’s most famous Hollywood friend is music icon (and Ronnie Mund’s dream girl) Cher. Kathy admitted that she works hard to be friends with Cher and feels she always has to be witty. Cher will sometimes not respond to Kathy’s texts, or send non sequiturs like “I’ve got to pull up my big girl thong and get through the day.” They are still friends, but Kathy insists that Anderson Cooper stole Cher from her, even though Anderson denied that on the Stern Show.

Kathy recently got involved in a scary Twitter feud with Demi Lovato’s insane fans. While doing a Twitter Q and A, someone asked Kathy who the douchiest celebrity was. Kathy responded with Debbie Lovato. She meant Demi, but was using Siri and it autocorrected.

Demi Lovato’s fans immediately began tweeting to Kathy, and they were serious. Kathy brought some of the tweets to read for Howard.

@KathyGriffin I will burn your house down c-nt.

@Kathy Griffin I will come to your house and rape you bitch.

@KathyGriffin Don’t you ever talk shit about Demi again or us Lovatics will kill you in your sleep.

Maybe somewhere there is a real Debbie Lovato who is wondering why Kathy called her a douche, but is thankful for the outpouring of support.

Recently, Kathy ended up sitting next to One Direction’s Harry Styles at an Eagles concert. Kathy alleged that Harry appeared drunk, and she witnessed him asking Tom Hanks if he was scared in that little boat while filming “Captain Phillips.” Harry then asked Kathy if he was now going to be in one of Kathy’s little “skits.” According to Kathy, yes, he probably will be.

Kathy is 53 years old, and, like most women that age, is going through “the change.” She uses various hormone creams and supplements to make it easier for her, but the most important thing in her arsenal is a big tube of personal lubricant.

Kathy is dating a man 18 years younger than she is and in order to keep up with his voracious appetite, Kathy uses plenty of lube. She has the application down to a science and it talked about it taking her about two seconds to wipe it on. She’ll even re-apply when they change positions, especially when they transition to doggy-style, when it’s a complete necessity.

For tour dates and everything else Kathy, check out KathyGriffin.com

*She may not be satisfied: Kathy still mentioned the annual Kimmel party, but Howard assured her it wouldn’t be happening this year, at his request.