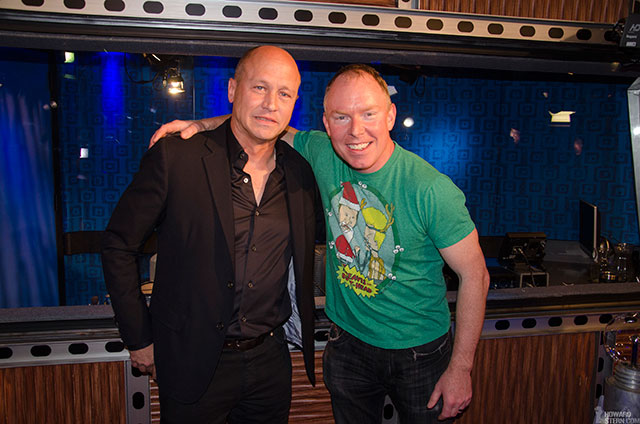 Show business renaissance man Mike Judge stopped by this morning to tell Howard all about his brilliant show business career—including current smash hit Silicon Valley—and apparently to hear Richard Christy cry, yet again, while talking about “King of the Hill.“

FROM ALBUQUERQUE TO HOLLYWOOD

Mike was interested in comedy and art as kid but, being that his hometown of Albuquerque, New Mexico did not breed many show business luminaries, he didn’t consider it a viable career for him. Still, he took a cartooning class at the YMCA, but only lasted six classes. There was a sketchy-looking classmate who used to nod off in the class and Mike and his mom saw the guy hitchhiking one day and that was the end of that.

Going to school for physics and and eventually working at a company called Support Systems Associations Incorporated, Judge was living a life right out of his cult hit movie “Office Space.“ Pivoting from that direction, Mike bought a 16mm camera and put together a few animated shorts called “Milton,” which centered around the stapler-obsessed character of the same name who would figure prominently in “Office Space.” He sent the shorts to “Kids in the Hall,” a show he loved. They responded that they really liked the work and ended up, in Mike’s words, sort of ripping him off with a character who was attached to his pen instead of his stapler.

Mike ended up doing similar shorts featuring the iconic Beavis and Butthead characters. “I wanted it to look like it was made by a deranged person,” he noted, adding that his animation skills were perfect for the task at hand. After calling New York’s 4-1-1 and literally asking for ‘MTV, please,’ he first got the run-around before the network eventually scooped up the show. 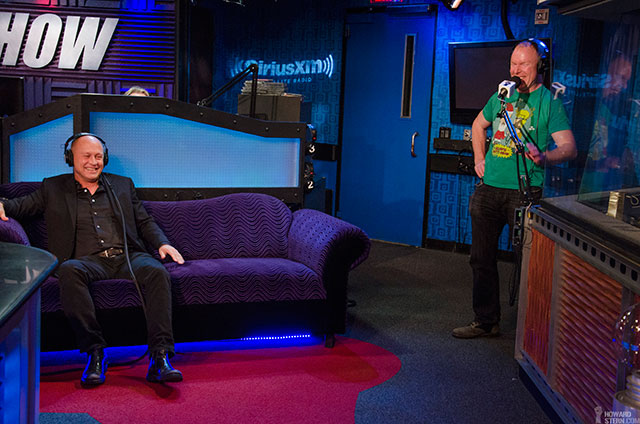 Stern Show staffer Richard Christy eventually wobbled in wearing his favorite “Beavis and Butthead” t-shirt and his “King of the Hill” boxers and, unsurprisingly, started to tear up when he recalled to Mike how much his work means to him. Proving his fandom, Richard took on Mike in a series of “King of the Hill” trivia questions and actually won.