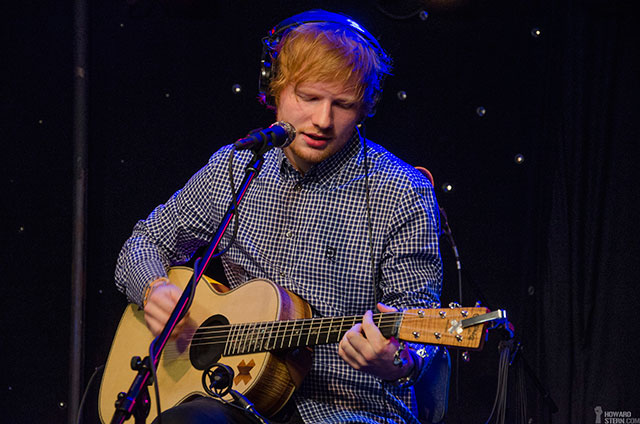 It’s not often that teen girls wait outside the Stern Show’s building at 5 a.m. but the girls were out this morning for enormous music superstar Ed Sheeran.

Ed stopped by the studio, acoustic guitar in hand, and talked to Howard and Robin about his life and extraordinary career (especially for a 23-year-old). 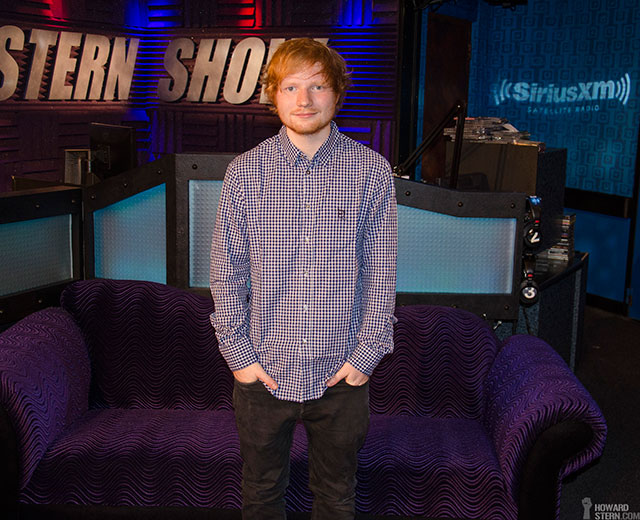 Here are the highlights of Howard’s interview with Ed:

Ed realized pretty early on that he wanted to be a musician. Naturally, he grew up listening to icons like the Beatles, the Rolling Stones, Bob Dylan, and others, but his dad also introduced him to a more surprising influence: Eminem. At first, Howard couldn’t see a relationship between Eminem and Ed’s music, but Ed pointed out that Eminem isn’t all that different from Bob Dylan in terms of lyrics.

Ed struck out on his own as a teenager and was often technically homeless as he gigged around. He always wound up with some place to stay, even asking the audience from the stage if anybody could put him up that night.

He met one guy smoking a cigarette outside of a gig and the guy invited him to his place to watch Dave Chappelle DVDs. Ed went and stayed with him for six months, becoming the best of friends.

Howard asked Ed to answer, once and for all, if he and Taylor Swift had ever dated. Ed said no, but she invited him to be her opening act and he credits her with breaking him in the U.S.

Ed admitted to getting pissed off early in his career about “cuts and splits” in terms of who gets paid what for one of his songs. 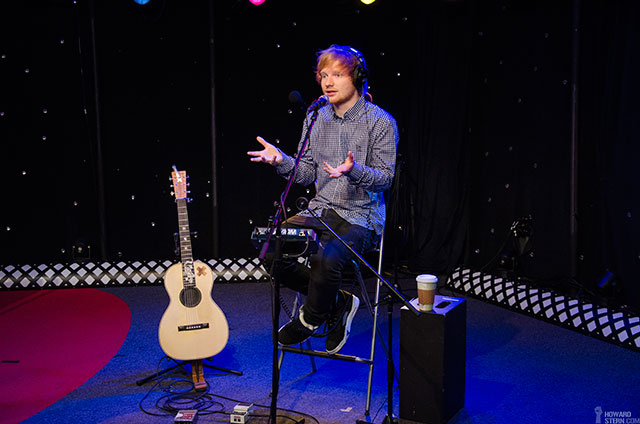 Howard asked Ed about the rumor that his current single “Don’t” is about a girl cheating on him with a guy from One Direction. According to Ed, that’s not true. Elton John’s management company are the guys helping to steer Ed’s career. Ed said Elton is very hands-on and calls him once a week to go over sales and check in with him. 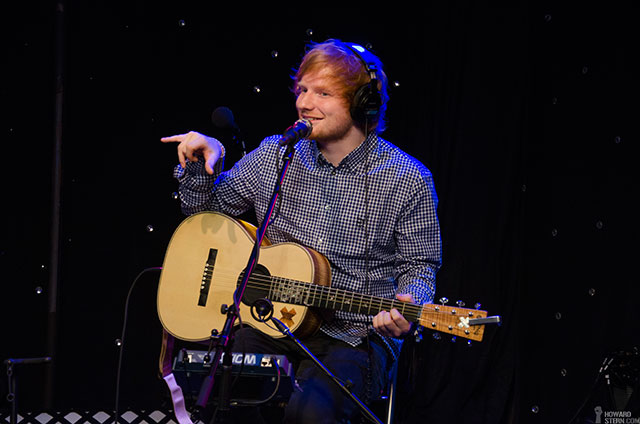 Ed introduced his buddy Johnny, from the band Snow Patrol, to Howard’s good friend Courteney Cox. He’s also palled around with Cox’s “Friends” co-star Jennifer Aniston. Ed got so drunk at Jen’s house on Thanksgiving that he passed out.

Ed likes booze a lot, but he doesn’t write or record when he’s drinking. Howard asked if Ed could stop drinking and he said he could. However, he felt he become, “a very boring person.”

Recently, while flying high on alcohol at a Grammy after-party, Ed tweeted a few regrettable things about Miley Cyrus. “I had a bit of a rant which I didn’t really mean,” Ed told Howard. 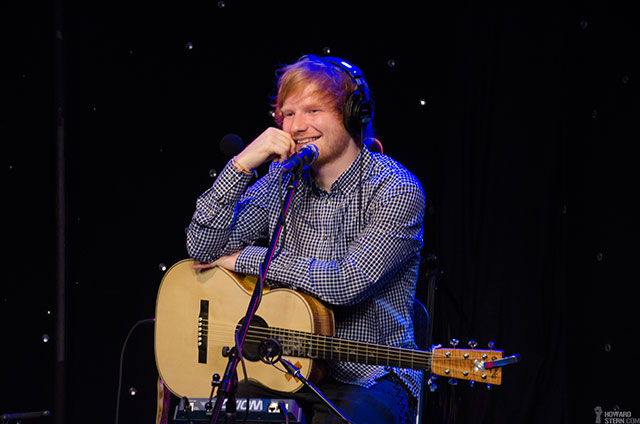 “It’s been so refreshing,” Ed said as he and Howard wrapped up, “to have a conversation that doesn’t have to end.”

Check out Ed’s new album ‘X’ (which is pronounced ‘Multiply’) and check out his website for tour appearances near you.