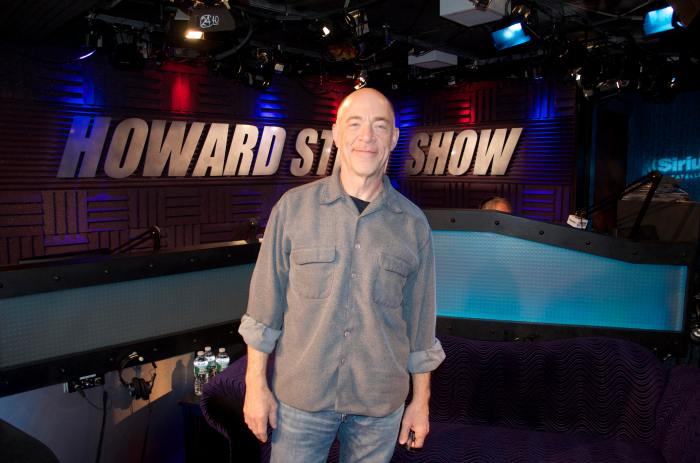 Howard loved was last year’s “Whiplash”. He was so blown away by J.K. Simmons performance in it that, in his mind, the actor had already won this year’s Best Supporting Actor Oscar.

J.K. stopped by the studio this morning and sat down with Howard to tell him how he he got to this incredible career height.

The slow climb of J.K. Simmons

J. K. got his start in theatre. He moved to New York and lived like many a starving actor, broke and in shitty apartments.

At one particular financial low-point, J.K. spent his last $6 on a slice of pizza and beer. He was “whining” about it to his friend, fellow actor Gregg Edelman, and the next morning he noticed Gregg had left $40 tucked under his phone.

But J.K.’s early career wasn’t all bleak. He started getting some Broadway shows and he met his wife in the early nineties when they were both in Peter Pan.

Still, J.K. started losing his mind doing plays and musicals eight times per week. He wanted the chance to do a movie or a TV show. He finally found a TV show in the ground-breaking prison drama “Oz.”

He played the terrifying leader of the Aryan Nation prison gang and was so convincing in the role that some people thought he was a neo-Nazi in real life. He was afraid of being type cast as an insane bigot, so there was some reluctance to take the part.

But he took the part and blew everyone away. During Season One, as he watched himself naked in “the Hole,” he realized he had to lose some weight in order to convincingly portray an inmate. So, he got himself into shape and stayed that way. 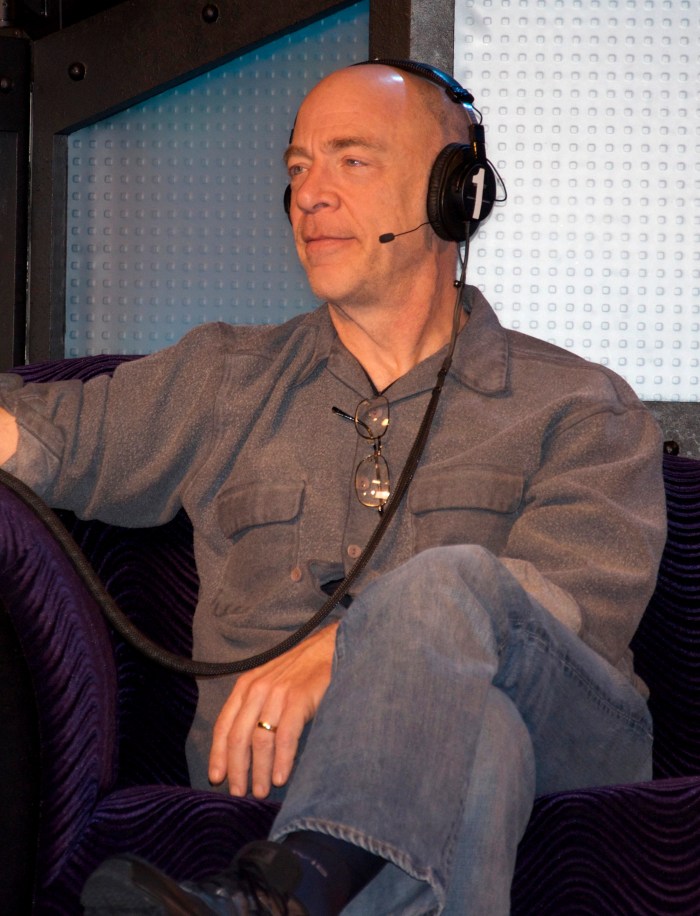 J.K. continued working steadily after “Oz” – doing voice work as the yellow M&M, playing J. Jonah Jameson in the “Spider Man” franchise – but when he got the script for “Whiplash” he knew it would be an amazing movie and an artistic high point.

They shot the film quickly and J.K. is really proud of it. He said it’s the only thing he’s done that he can still watch from beginning to end.

So check out “Whiplashh”and root for J.K. to win Best Supporting Actor. The man deserves it.