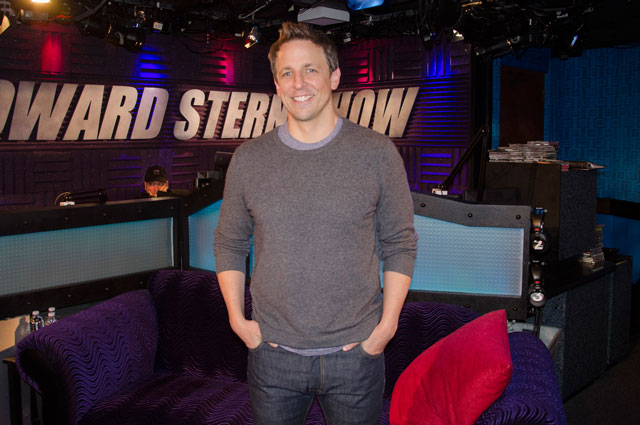 Late-night TV host Seth Meyers stopped by the Stern Show to see Howard and Robin once again. Howard wanted to cover a few things that had popped up in the news recently and, thankfully, Mr. Meyers was game to weigh in.

Check out the topics of discussion from Howard and Seth’s interview (below).

Not only does Seth work for NBC, where “NBC Nightly News” anchor Brian Williams was just suspended for six months for embellishing a story about being shot down in a helicopter, but Seth even interviewed Brian’s daughter Allison Williams just last week at the 92nd Street Y. He got Allison’s first (and maybe only) comment on her dad and, unsurprisingly, her comment was that she trusts him.

Seth is friendly with both Brian and Allison and said he doesn’t think the embellished story was such an enormous deal. Seth called Brian a good storyteller and Howard pointed out that all he wants in a news anchor is someone who can smoothly read the news.

As for Allison’s now-infamous anilingus scene from “Girls,” Seth said he and Allison spent about 25 minutes talking about that moment. Seth thought it was actually pretty well-written. 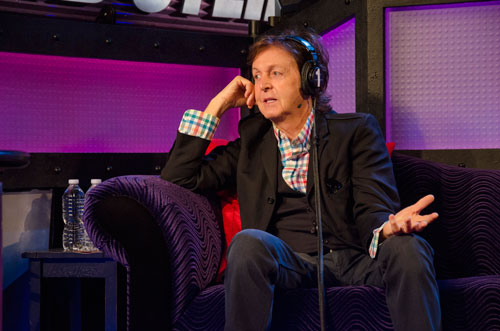 The party after last week’s huge “SNL 40” extravaganza seemed just as cool as the actual event. There was a stage with instruments on racks and it started with Jim Belushi and Dan Aykroyd doing blues songs. Then McCartney got up with Taylor Swift. Elvis Costello started performing “Pump It Up.” Debbie Harry and Michael Bolton sang.

“How do you top this?” Seth said they were all thinking. “The answer is Prince.” The purple one himself got up and did “Let’s Go Crazy” and even let them keep the lights on. 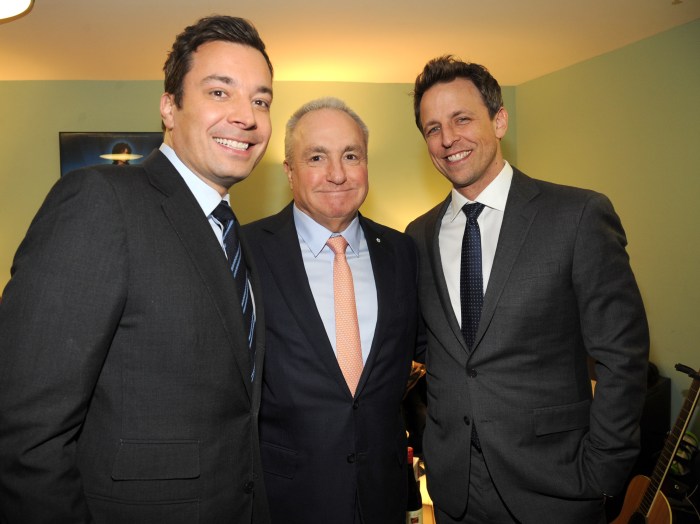 Seth said it’s not something he’d do right now and he doesn’t know if he’d ever be up for it. Following Lorne Michaels in that role is as daunting a task as they come. Also, they tried replacing him once and it didn’t work.

Since the entire landscape of late-night TV has shifted recently, Howard asked what Seth thinks of James Corden, who is replacing Craig Ferguson as host of CBS’s “The Late Late Show” – Seth’s chief competition.

Seth said he’s a lovely guy, but if you’re making your decision based on patriotism, you have to stick with Seth (Corden is British, after all).

THE ONE AND ONLY AMY POEHLER 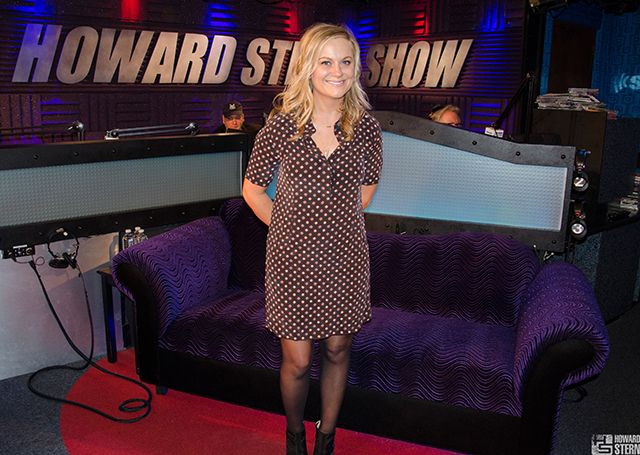 Howard pressed Seth on his very very close relationship with Stern Show superfan Amy Poehler and he insisted that nothing romantic has ever happened between them. They’re just as close as friends can be. But, Seth did allow that everyone in the improv scene in Chicago in the 1990s wanted to make out with Amy.