Erik masturbated up to three times a day – so much that he’s developed Carpel Tunnel from jerking off – in the bathroom stall of the restroom in his building.

And what does he think about while he sadly jerks it in the men’s room? His ex-girlfriend? Or maybe beautiful newswoman Robin Quivers? No, he fantasizes about a gentleman by the name of Donnie Wahlberg and his show Blue Bloods.

At first, Erik claimed that he wanted to be on the show so badly that he used it as spank material, but Howard really got into it, Erik basically stated he wanted to be Jenny McCarthy (who is married to Donnie) and get plowed by him, making love to him every single day. 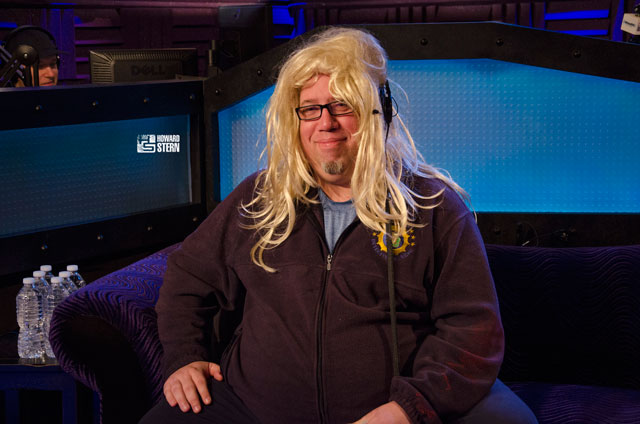 He begged Howard to give him permission to wait in the lobby in case Donnie accompanied Jenny to her daily SiriusXM radio show.

Howard thought it would be better if Erik went home. Let’s hope Donnie hears Erik’s call and casts him in Blue Bloods – sounds like there might be a little action in it for Donnie, if Jenny gives her permission.