Wendy the Gambler and Hopeful Bride 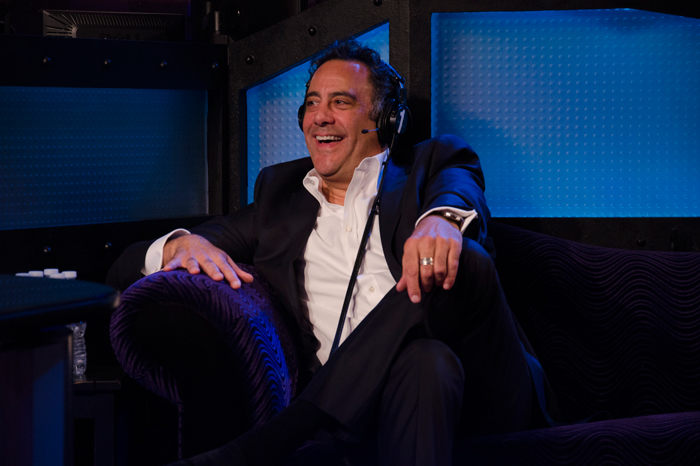 Brad Garrett is probably best known for his break-out role as Ray Romano’s beleaguered brother on the smash hit CBS sitcom “Everybody Loves Raymond.” But Brad has also proven to be a wild and open guest whenever he’s on the Stern Show. His most recent visit with Howard did not disappoint!

Before Brad was a fixture on a wildly popular sitcom, he got to open for the man himself – Frank Sinatra. Well, Brad Garrett didn’t necessarily open for him, “Greg Barrett” did.

And in anticipation of Howard’s final appearance on “The Late Show with David Letterman,” Brad told him about his final Letterman appearance. He ended up annoying Dave so thoroughly by repeatedly asking him if he liked birds in a wacky voice that he has not been asked back since (even though Dave produced “Everybody Loves Raymond”).

It wasn’t his first time annoying a late-night host. One of his earliest breaks came when Bill Cosby invited him on “The Tonight Show” as a guest when Cosby was filling in for Johnny Carson. Bill specifically requested that Brad not do his hilarious Bill Cosby impression. Well, Brad did it. It’s best to hear it in Brad’s own words:

Check out Brad’s brand new book “When the Balls Drop” – a reference to the real-life fact that Brad’s balls hit the toilet water when he goes to the bathroom.